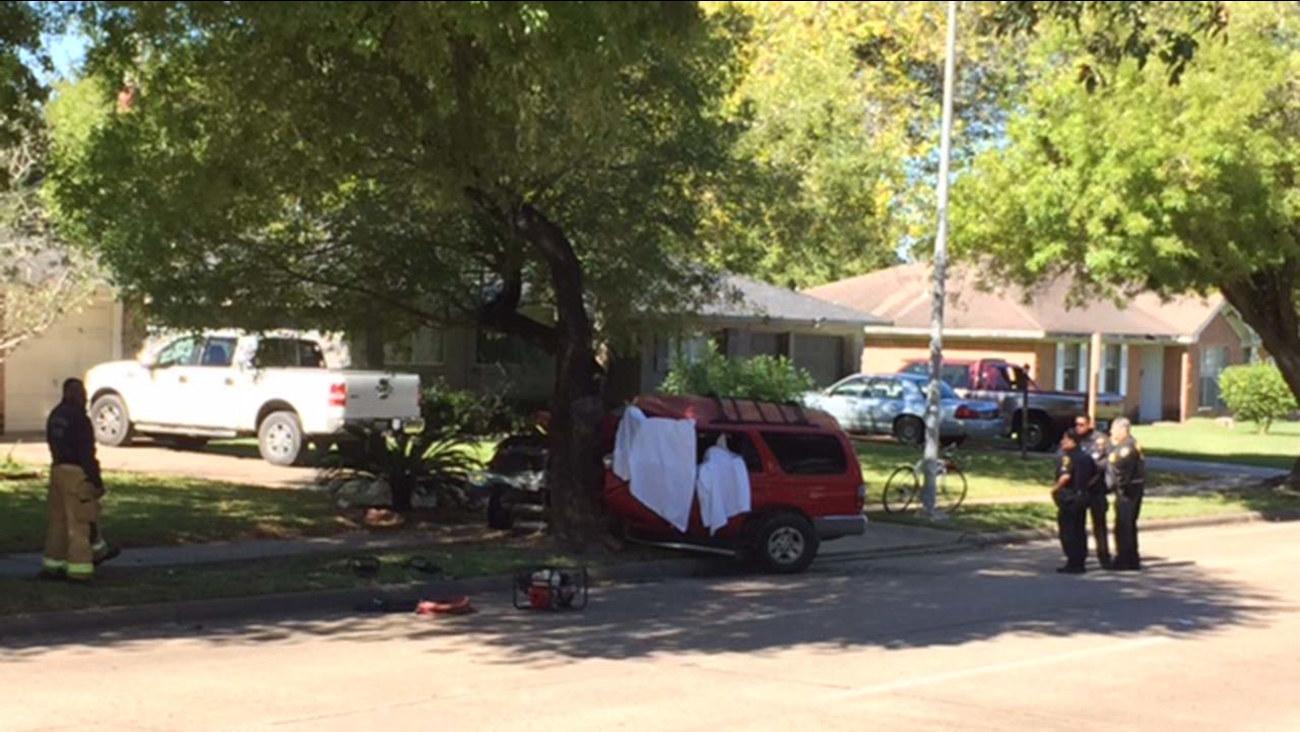 The scene of a fatal wreck on Chimney Rock near West Airport. (KTRK)

Two people are dead after a car crashed into a tree in southwest Houston.

Police say three men were traveling southbound on Chimney Rock in the center lane of the three-lane road when, for an unknown reason, the driver veered the red Toyota 4Runner right into a tree. The wreck happened in the 12200 block of Chimney Rock at West Airport.

The driver and rear passenger were killed instantly.

The front seat passenger was transported to Ben Taub hospital for treatment. That person's condition is unknown at this time.

Authorities say alcohol was found in the SUV, but it's unknown at this time whether it is related to the crash.

We have a crew headed to the scene and will have more on this story as it becomes available.
Related topics:
houstontraffic fatalitiesaccident
Copyright © 2021 KTRK-TV. All Rights Reserved.
More Videos
From CNN Newsource affiliates
TOP STORIES