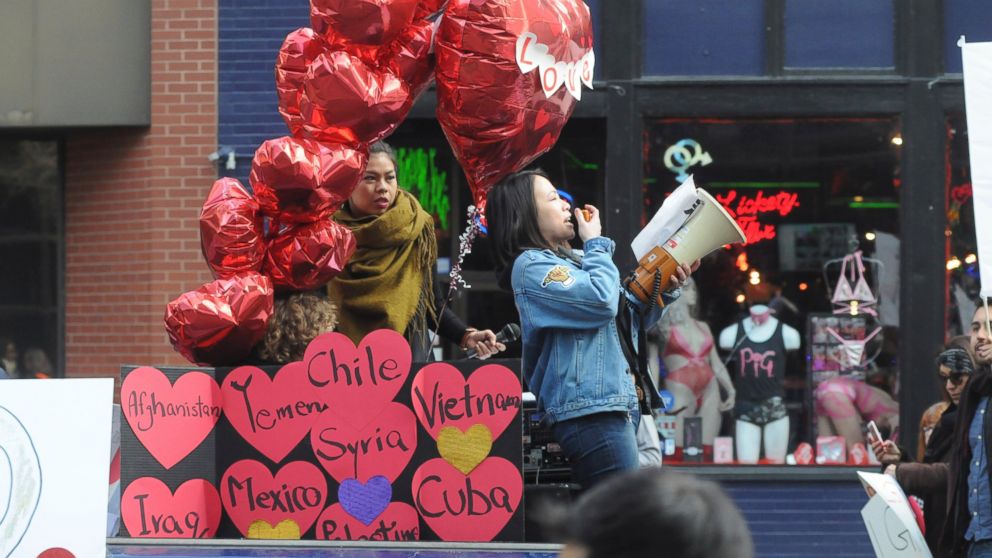 A Seattle federal district court has issued a preliminary injunction on President Trump's controversial immigration executive order, which temporarily banned most immigration from seven predominantly Muslim countries and also shut down the refugee program for 120 days.

The injunction, by Judge James Robart, effectively extends the temporary restraining order he issued earlier this month into an indefinite nationwide block of Trump's immigration order.

Robart rejected calls from the Trump administration to postpone the district court case while the 9th Circuit considers a request from one of its judges for a rehearing of last week's decision, which denied a motion to lift the restraining order.

Department of Justice attorney Michelle Bennett argued for the case to be postponed briefly, saying the states had no basis to seek expedited handling of the case, since the executive order is on hold.

Robart asked Bennett if she was "confident" in that argument, considering that Trump tweeted that he wanted to "see each other in court" after the government's motion to stay the order was denied on Thursday.

"I'm surprised to hear that since the president announced that he wanted to see each other in court," Robart said. "Are you confident that is the argument you want to make?

Lawyers for the states of Washington and Minnesota, meanwhile, argued in new court documents Monday that their case against the Trump administration should proceed quickly.

"Given the gravity of the States' constitutional allegations, Defendants' stated national security concerns, and the public interests at stake, the States respectfully submit that discovery should proceed without delay," the states' filing says.

The government's lawyers asked for the case to be postponed until the 9th Circuit Court of Appeals decides whether to revisit a ruling last week that rejected the administration's attempt to have its executive order reinstated.

Robart said Monday the case was "very time-sensitive" and that given the Trump administration's representations that the restraining order he issued could result in potentially dangerous people being allowed into the U.S., he was "not prepared to slow this down."

Meanwhile, a federal court in Virginia issued a preliminary injunction on Trump's executive order, but the edict only applies to the state. The judge in that case rejected Virginia's request to apply the decision nationwide, restricting it to legal permanent residents of Virginia and valid visa holders who work or attend school there.

But the judge in that case, Leonie Brinkema, wrote that "the Commonwealth has produced unrebutted evidence supporting its position that it is likely to succeed on an Establishment Clause claim."

"The 'Muslim ban' was a centerpiece of the president's campaign for months, and the press release calling for it was still available on his website as of the day this [opinion] is being entered."

"The major premise of that argument - that one can only demonstrate animus toward a group of people by targeting all of them at once - is flawed," Brinkema added. "It is a discriminatory purpose that matters, no matter how inefficient the execution."

Randy Evans, a member of the Republican National Committee and a Trump campaign surrogate who says he is in regular communication with the administration and its legal team, told ABC News that the White House is "playing a complex game of chess" as it plans its response to the restraining order that was placed on its immigration ban.

The White House did not immediately return ABC News' requests for comment.

While the administration is expected to release new orders, it is Evan's understanding they will likely include introductory remarks indicating the new orders are intended to "clarify" or "supplement" the existing executive order.

Evans told ABC News that he believes any new action on immigration will likely say that the executive order "was never intended" to apply to "green card holders, permanent residents, valid visa holders, or those coming home who have a legal right to be here." Those individuals would be "carved out" of the executive order, which was never supposed to apply to them.

Trump may issue multiple orders so that if the courts strike down one part, it wouldn't affect the order as a whole, according to Evans' understanding of the issue.

Evans says he believes the administration wanted to keep the 9th Circuit case active so they can take the case to the U.S. Supreme Court at the right time and reverse last week's unfavorable ruling. A Washington district judge issued a ruling Monday night making the block on the travel ban indefinite.

"You are watching the highest level of judicial gamesmanship where the stakes couldn't be greater, that is the national security interest of the United States," Evans told ABC News.

Another Trump strategy is to delay the 9th Circuit case until Neil Gorsuch, Trump's nominee to the Supreme Court, can get on the bench, according to Evans' understanding. One way to do this is to file for a reconsideration en banc to the 9th Circuit, which is already in motion because a judge on Friday requested a judges' vote.

"You can buy yourself 28 days," said Evans, adding that "there's a lot of chess and legal maneuvering going on."