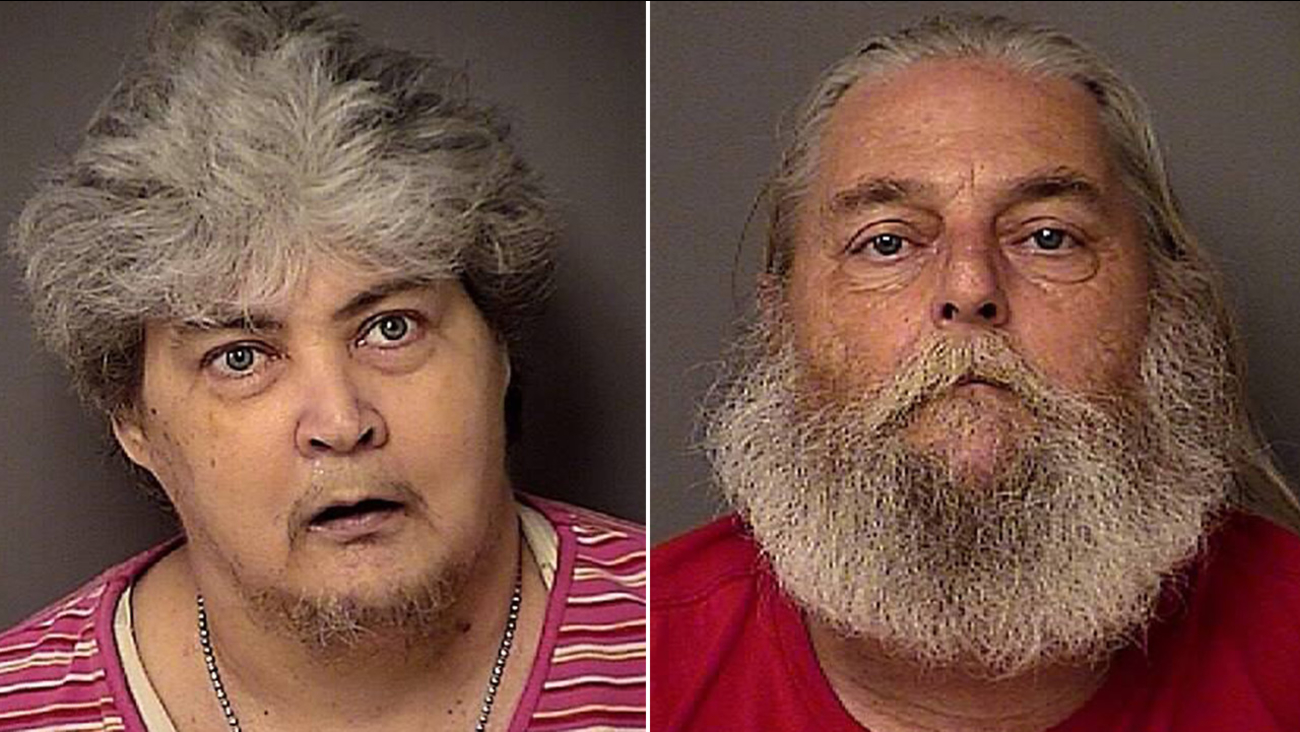 Raymond Southerland, right, and his wife, Debbie Southerland, left, are both facing charges in the case. (Osceola County Sheriffs' Office)

KISSIMMEE, FL (KTRK) -- A husband and wife in Florida were arrested earlier this week, accused of abusing the man's mother.

According to the Osceola County Sheriff's Office, the investigation began in September after deputies got a report of an 81-year-old woman who was recovering at a rehabilitation center in Kissimmee.

The woman had told the deputies that she had fallen in her room and asked her son, Raymond Southerland, for help multiple times. She said she lost consciousness and woke up in a pool of blood.

Investigators say after some time, Southerland called for medical assistance. Deputies say he originally didn't admit to harming her, but said medication he takes causes him to black out.

According to doctors, the victim's injuries weren't consistent with a fall, but rather abuse. Detectives say after interviewing both Raymond and his wife, Debbie Southerland, they determined that the victim had been abused and felony warrants were issued.

On Monday, both Raymond and Debbie Southerland were arrested and the next day, booked into the Osceola County Jail.

The victim is in critical condition. The investigation is ongoing.