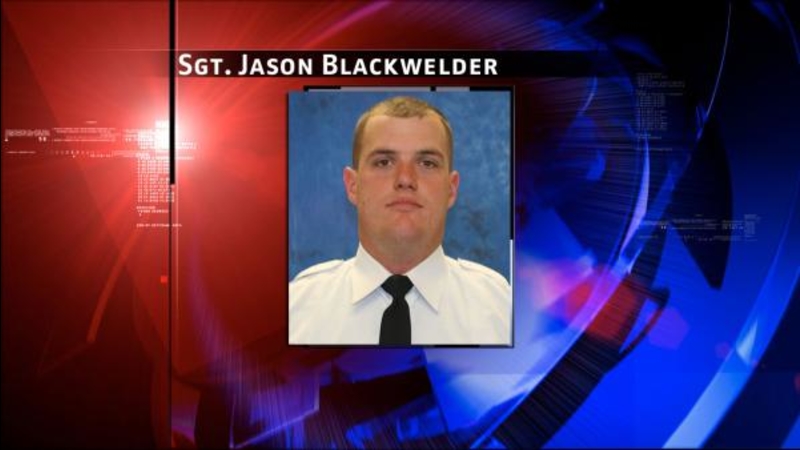 CONROE, TX (KTRK) -- It is rare for a police officer to be convicted of a felony. Tuesday in Conroe, a Montgomery County jury delivered a different outcome.

Last July, Conroe Police Sergeant Jason Blackwelder responded to a call of a suspected shoplifter at a Conroe Walmart store. He pursued a 19-year-old male, Russell Rios, on foot into a wooded area near the store.

Blackwelder claimed that the teenager was choking him, so he fired his weapon in self-defense. A statement by the police department echoed that at the time.

The Rios family refused to believe the officer's story, and hired an attorney. Eventually a lawsuit was filed in Houston federal court against Blackwelder, and the Conroe Police Department.

The state district court trial lasted just over a week. Blackwelder's attorneys argued it was a case of self-defense. A county crime scene analyst disputed that. The evidence from the shooting the witness showed otherwise. The defense produced an expert witness of its own to argue that.

The jury took a day and a half to reach its verdict Tuesday afternoon. And it was guilty of manslaughter. The Blackwelder family cried. The Rios family felt vindicated, but there was no rejoicing. Their attorney, Ryan MacLeod said it is a loss from which they will never recover, "but this is the justice for which they've waited nearly a year."

The defense is expected to ask the jury to give Blackwelder probation. A manslaughter conviction carries the possibility of two to twenty years in prison.