Some are gathering on Andrews Street, angry about what happened this morning. And it is easy to see why. The street is ripped up, the bricks damaged, and many taken away. This was not supposed to happen and now those who are fighting to preserve the Freedmen's Town bricks are demanding answers.

Caught on camera, work crews ripping up portions of Andrews Street and in the process demolishing over 100 years of history by demolishing a a large section of the bricks laid down by the ancestors of freed slaves.

Gladys House-El, a Freedmen's Town resident, said, "I just jumped up got dressed and ran out and started filming the site and started telling them, 'Look you need to stop because you are in violation of federal as well as state law.'"

House-El made the excavator operator stop digging up the street.

She said, "They were just tearing it up with the bulldozer."
According to the Freedmen's Town Preservation Coalition, any time work is being done that encompasses the bricks special care is to be taken, including onsite archaeologists to preserve the bricks. That did not happen here.

The contractor should preserve any and all bricks removed from Andrew St. No one should have touched Andrew St w/o my specific authorization

The coalition's Dorris Ellis-Johnson met with contractors doing the work on nearby Genesee Street and was told the project is on hold until city officials can figure out why this happened.
Ellis-Johnson said, "No further action will take place on this brick, this area and we've got to figure out how we going to restore."

The original work was being done on Genesee Street, then spilled over to Andrews Street for drainage improvements, but the crew was not supposed to touch the bricks.
Mayor Sylvester Turner, who is in Mexico City for the Texans game, tweeted that the "work was done without my authorization. This should not have happened."

The construction project is to replace aging water and sewer lines in the area, where new homes have replaced many of those that once housed prominent African American families in Houston's 19th and early 20th centuries.

Those who live in modern townhomes are not opposed to the upgrades. Felix Cisneros said he's now on his third car because of the roads. "Enough is enough," he said. "I've been here since 2002 and I've been paying a lot of money and I want my streets fixed.

The work on Andrew St in Freedman's Town was not authorized and should not have occurred. I will address it when I return. st

Congresswoman Sheila Jackson-Lee made a detour from her annual turkey giveaway to see the rubble at the end of Andrews Street. "I support infrastructure improvement, but I also support historic preservation," she said. Some of the bricks removed today were said to have been loaded into a dump truck. "We need to be like Sherlock Holmes and get them returned."

There has been no comment yet from the contractor. Late this afternoon, Houston's Public Works Department was still preparing a news release on the incident.

Former Houston City Attorney Ben Hall has been contacted by Freedman's Town advocates, and is expected to request an injunction against further work in the area until the bricks issue is resolved.

Cornerstone of Freedmen's Town could be auctioned off, Miya Shay has the details. 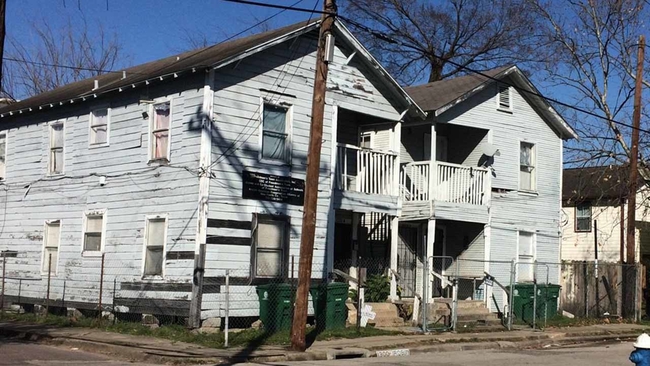 Buildings in Freedmen's Town could be headed to auction block 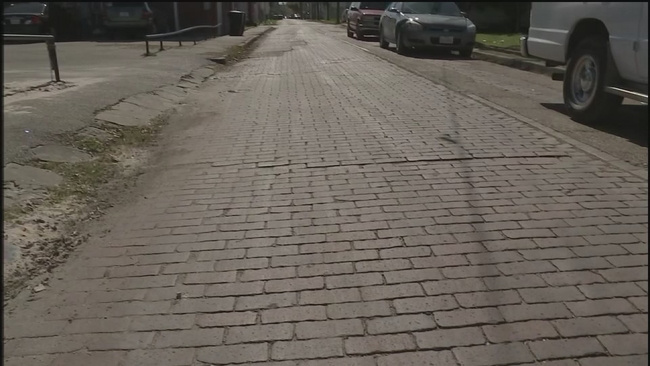 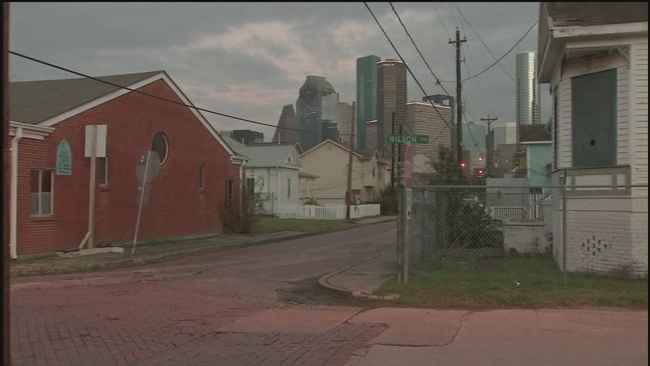 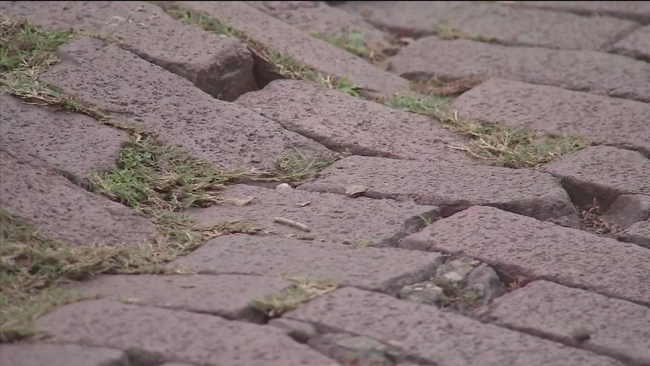