WTVD
By Joel Brown
HILLSBOROUGH, North Carolina -- Orange County school board members in North Carolina got an earful from parents and students who say they don't feel safe on campuses across the county because so many students are showing up wearing or displaying Confederate-themed clothing.

Before Monday night's school board meeting at A.L. Stanback Middle School even got underway, both sides of the debate gathered outside. Critics donned T-shirts that read, "Ban It Now!" while supporters carried flags of the Old South. 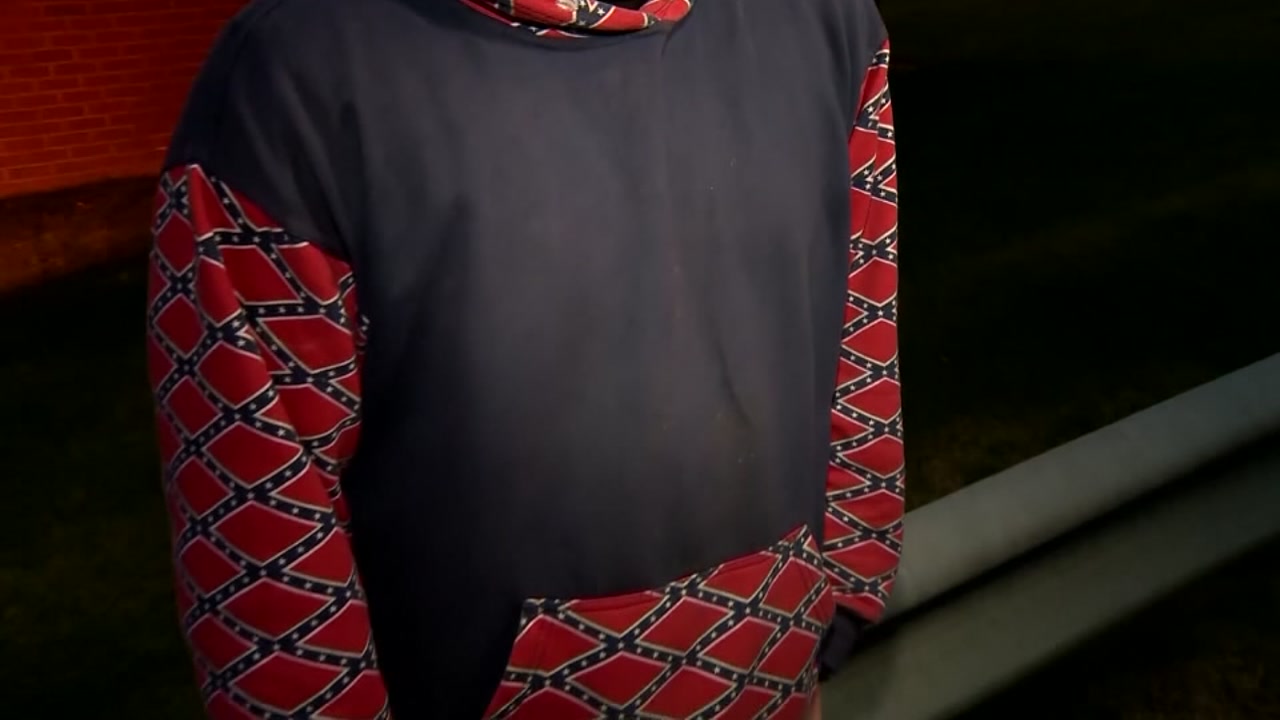 "When I drove onto the grounds, I swear it felt like the 1950s," said Robin McEllison during the public comment period. "Police everywhere, Confederate flags flying proudly, being held by white men. I had to ask myself 'Where are the dogs and the water hoses?'"

Orange County sheriff's deputies were in every corner of the room in the meeting as the board listened to the growing public outcry over whether Confederate flags should be banned from Orange County school properties.

Student after student, black and white, pleaded for a ban on "the bars" from campus. Parents pointed to a growing numbers of Confederate battle flags on cars, bags and clothing in schools they say harass and intimidate black students.

Some of the most spirited debate happened outside the auditorium between a black woman and a white man who was bearing a North Carolina state flag with the Confederate bars.

"It's intimidating and it insinuates that you hate black people," she countered. "I don't care if you carry the flag, it doesn't bother me in the least. You have a right to believe what you want to believe in. What you don't have a right to do is intimidate and make other people fearful of it."

Back inside the meeting, James Ward, the great-grandson of a Confederate soldier, stood to defend the flag - maintaining it stands for his heritage -not hate.

"Today for most southerners, the flag represents the honor and bravery of our ancestors. Nothing more and nothing less," Ward said.

NEW AT 11: Tense debate tonight over whether to ban the confederate flag from Orange Co. School properties. #abc11 pic.twitter.com/2xqhhWaY8M

As the meeting came to a close, the school board took no actionm, but the spirited debate is also playing out on social media between pro-flag groups and anti-flag groups.

Some of those representatives have agreed to sit down and discuss the issues over lunch. Perhaps it's a chance to build some understanding.