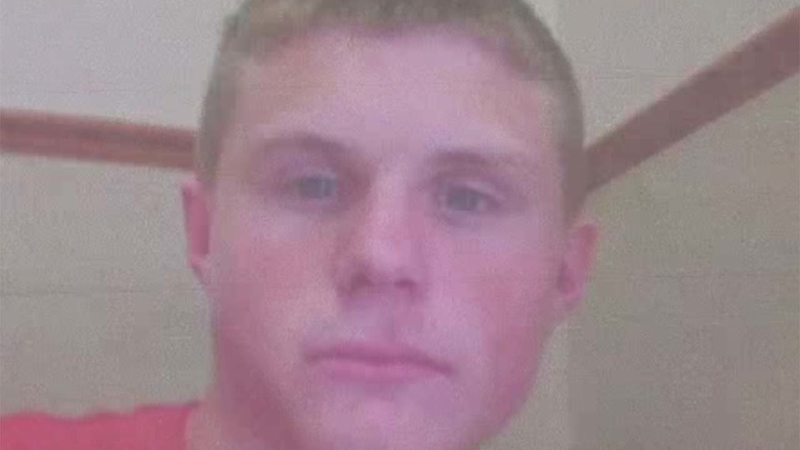 SANTA FE, TX (KTRK) -- Santa Fe police have recovered a pickup truck believed to have struck and killed a teenager on a bicycle Thursday night. The driver has yet to be found and questioned.

Douglas Bleimeyer, Jr., 16, was riding with a friend, both on their bikes, on FM 646 before midnight, when a dark-colored truck struck the victim, and kept on going. Michael Jordan, Bleimeyer's friend, was a few feet ahead when he heard a loud bang, and then saw sparks, as a truck squealed its tires and sped away.

"I tried to call 911 for help but my hands were shaking too much," he said. A driver who saw the aftermath of the hit and run did make the call. By the time paramedics arrived, it was too late.

Douglas Bleimeyer, Jr., was known as D J to his friends, and he had many. He was known and liked at Santa Fe High School where he would have been a junior this semester. He said he wanted to work on cellphone and radio towers when he finally graduated.

"He went everywhere on that bike," said his mother, Amber Kinsey. "He'd even ride it to see me at my job in La Marque."

D J and Jordan had ridden their bikes to the Kemah Boardwalk Thursday. After a long day, they headed back to Santa Fe. DJ was killed around 11pm.

"Do what's right and turn yourself in," said Kinsey. "Do you know the grief you've caused for this family?"

Santa Fe police say the truck was recovered in the town Friday morning. It's described as a dark F-250 pickup, and has damage consistent with the accident. The owner of the truck has yet to be found said a police spokesperson. "We want to know where the owner was behind the wheel, or whether someone else was driving it."
Related topics:
santa fehit and runchild killedbicycle
Copyright © 2021 KTRK-TV. All Rights Reserved.
TOP STORIES
Houston man accused of sexually assaulting victims he met online
HPD sergeant's 14-year-old stepson shot to death on walking trail
Fall front moves in late Tuesday bringing cooler temperatures
3 charged in NYC restaurant assault claim racial bias
Former HPD officer pleads guilty in Jan. 6 US Capitol riots
Police union blames judge for deadly shooting of HPD officer
Man dies at hospital after being shot while driving in SW Houston
Show More
COVID-19 Vaccine Town Hall with Dr. Ashton and Dr. Fauci
Texans' rookie QB Davis Mills gets starting nod on Thursday night
HPD officer's murder hangs over annual prayer breakfast
2 charged with murder after woman undergoes butt lift and dies
Drake's favorite hot chicken restaurant to open in Houston
More TOP STORIES News