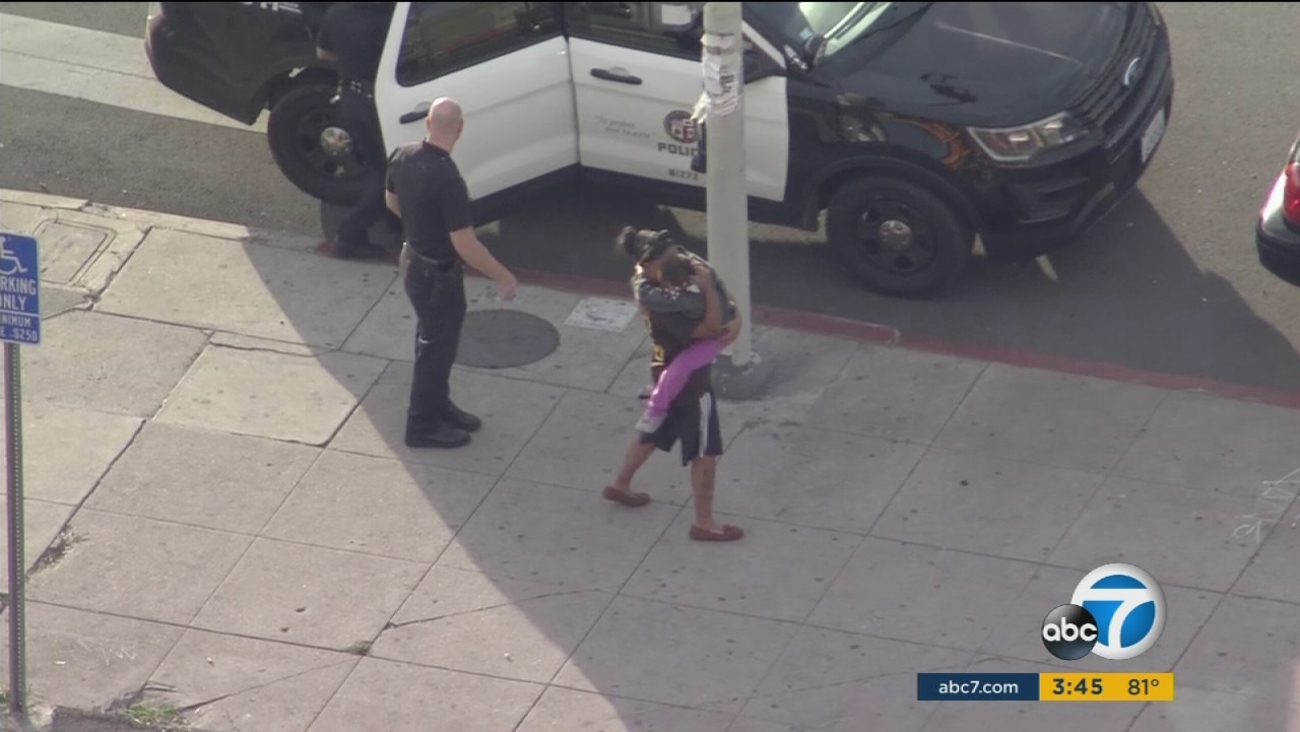 A 6-year-old girl was found safe after she was kidnapped during a car theft outside a South Los Angeles laundromat on Thursday, Dec. 29, 2016, according to Los Angeles police. (KABC)

SOUTH LOS ANGELES -- A 6-year-old girl has been found safe after she was kidnapped during a car theft outside a South Los Angeles laundromat on Thursday, according to authorities.

Los Angeles police said the girl was kidnapped in the 7800 block of Broadway at about 2 p.m.

Officials said the child was sitting in a black 1998 Lexus ES 300 when a woman jumped into the vehicle and took off.

Authorities said the girl was located outside a community center in the 5900 block of South Central Avenue just before 3:30 p.m.

AIR7 HD captured the emotional moment when the girl was reunited with her mother. The child was also spotted giving hugs to several officers at the scene.