CAUGHT ON CAMERA: 5 minutes of terror at baseball field in Alexandria

KTRK
ALEXANDRIA, Virginia -- Noah Nathan was walking his dogs near the baseball field just as a gunman opened fire in Alexandria, Virginia on Wednesday.

Nathan told ABC News that he had just arrived at the dog park when he heard the first shot.

"When I heard the first shot, I thought it was a firework. Then I heard another one and (saw) some people running, so I just laid down on the ground and held onto my dogs to make sure they would not run off," he said.

Nathan was only about 100 yards away from the shooting, but could not see the gunman. He crawled behind a trash can to try to protect himself.

"I pulled out my phone and started recording it," he said. "I was just trying to find where the shooter was... There was a lot of people running. I could see, from what I understand now, the congressman in the outfield. He was laying down. He wasn't moving. A lot of people were just trying to get out of the way. Police started returning fire. It took a long time. I'm sure it felt a lot longer than it was."

You can watch the full video by Nathan above. His interview with ABC News is below. 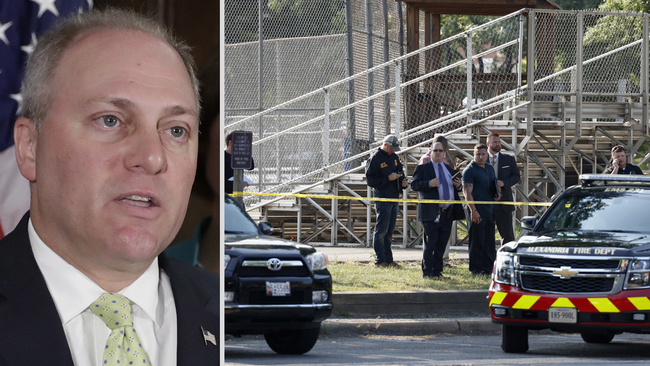 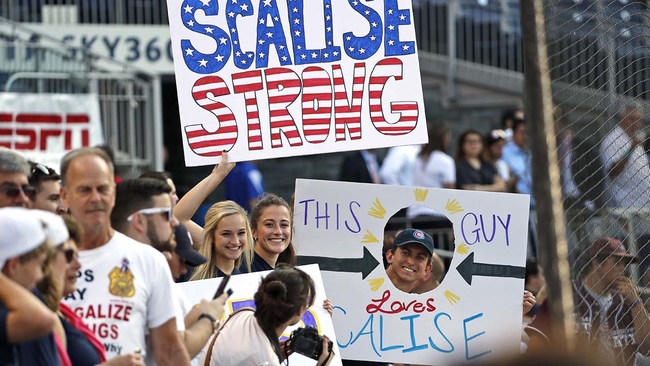 Houston aide shot in VA attack: "I was running for my life"
More Videos
From CNN Newsource affiliates
TOP STORIES