Brother of JonBenet Ramsey sues CBS for $750M over series 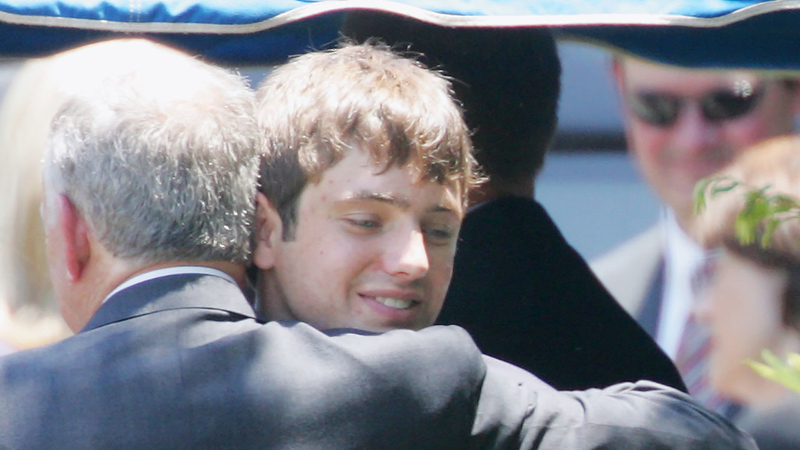 Brother of JonBenet Ramsey sues CBS for $750M over series

DENVER, CO -- The older brother of JonBenet Ramsey is suing CBS and others for $750 million, saying his reputation was ruined after a television series that concluded he killed his 6-year-old sister two decades ago.

In the lawsuit filed Wednesday, Burke Ramsey claims that the network, its production company and the experts interviewed in the series on the unsolved murder conspired to defame him for publicity and profit. The series, called "The Case of JonBenet Ramsey," aired in September ahead of the 20th anniversary of JonBenet's death.

The beauty pageant star was found dead in the basement of her family's home in Boulder, Colorado, the day after Christmas in 1996. A prosecutor cleared her parents and brother in 2008 based on DNA evidence. But the district attorney currently overseeing the case has said it was premature to exonerate the Ramseys and ordered additional tests using new DNA testing technology that authorities hope will further the investigation.

Police have collected and studied thousands of pieces of evidence and say the case remains open.

CBS spokesman Dustin Smith declined to comment on the lawsuit, which is the second Burke Ramsey has filed over the television series.

In October, Ramsey, 29, sued a forensic pathologist featured on the show who said he bludgeoned his sister to death. The pathologist is also named in the latest lawsuit, which was filed in Michigan, where Burke Ramsey lives.

The new lawsuit says CBS and its featured experts set out to conduct a "sham reinvestigation" of the murder with "the preconceived the story line" that Ramsey killed his sister and conspired with his parents to cover it up.

"The accusation that Burke Ramsey killed his sister was based on a compilation of lies, half-truths, manufactured information, and the intentional omission and avoidance of truthful information about the murder of JonBenét Ramsey," the lawsuit says.
Related topics:
lawsuit
Copyright © 2021 by The Associated Press. All Rights Reserved.
TOP STORIES
Texans asked to conserve power use amid near-record highs
Millard House II officially approved as new HISD superintendent
Emergency road work to cause West Loop delays
2 charged after man fatally shot during car sale gone bad
Tropical low could develop into a storm and impact Father's Day
Starting tonight, both US-59 to I-610 ramps will be closed
Pilot killed, 5 hurt when small plane crashes in Madisonville
Show More
IRS says it's working 'as fast as possible' after tax refund delays
Celebrate Juneteenth with these events in Galveston and Houston area
Car drives through crowd of protesters in MN, killing woman
Tanger Outlets launches urban beekeeping program
Novavax says COVID-19 vaccine shows 90.4% overall efficacy
More TOP STORIES News