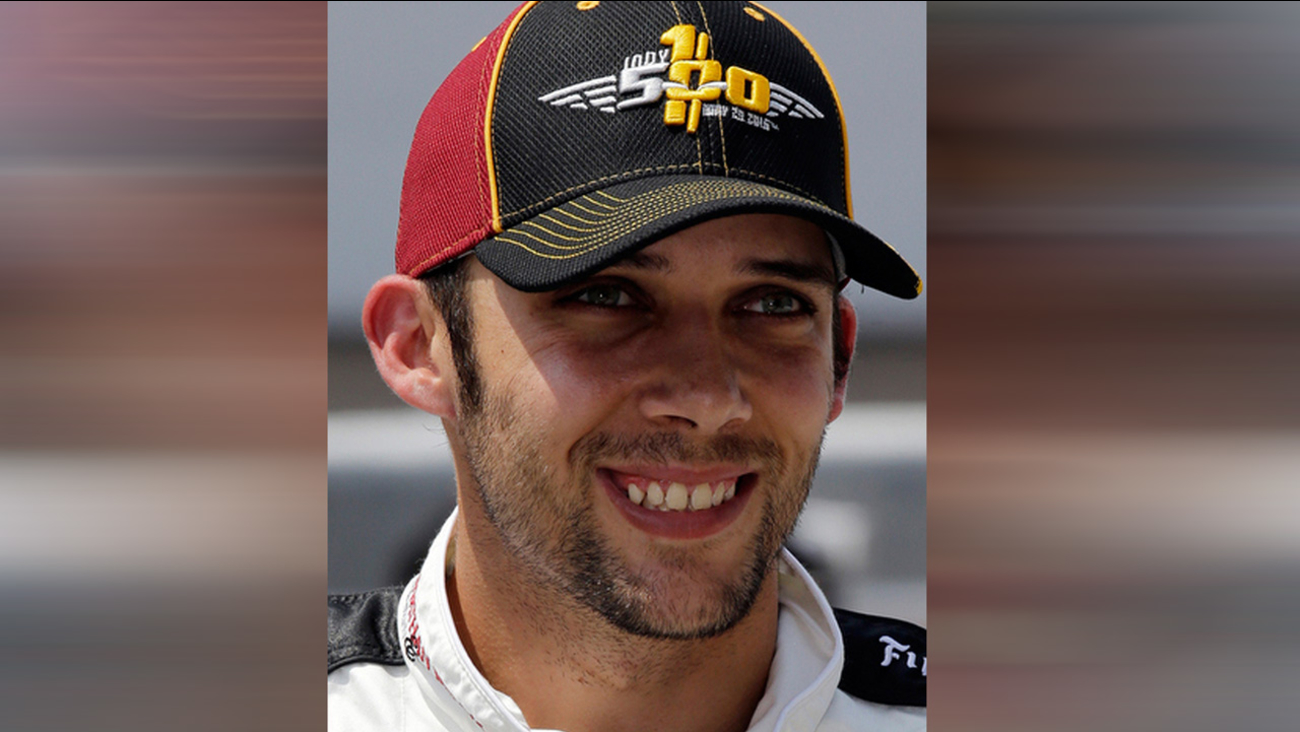 INDIANAPOLIS, IN -- Bryan Clauson, considered the top dirt-track racer in the country, has died from injuries suffered in an accident at the Belleville (Kansas) Midget Nationals USAC midget race. He was 27.

PHOTOS: Celebs, notable figures who died at 27 years old
Bryan Clauson, former NASCAR driver, dead at 27
A statement from his family was read that said Clauson died Sunday evening and "fought to the end."

His death was announced Monday morning at Indianapolis Motor Speedway. A statement from his family was read that said Clauson died Sunday evening and "fought to the end."

Our heart goes out to the family & friends of @BryanClauson. He will be missed dearly by IMS and the racing family. pic.twitter.com/VRuON5pS4G

PHOTOS: Celebrities and notable figures who have died recently

Clauson was leading the race Saturday night when he crashed passing lapped traffic. His car rolled and was hit by another competitor. He was airlifted to a hospital in Nebraska, and died surrounded by his family.

Clauson was on pace to compete in 200 races this year. He had 27 victories in 116 starts, and led three laps in the Indianapolis 500 in May.

A four-time USAC national champion, Clauson was aiming to become the winningest driver in series history.

Keep checking back on this page to get real-time updates as this story unfolds. To get alerts for breaking news, download the abc13 news app for iPhone or Android. You can also get breaking news alerts sent to you by email.
Related topics:
indianacelebrity deathsnascaru.s. & worldrace carcrash
Copyright © 2021 by The Associated Press. All Rights Reserved.
TOP STORIES
Boston-bound jet crashes on takeoff west of Houston with 21 on board
Houston executive 1 of 21 on board jet when it crashed in field
Crews working to put out gas line fire in Friendswood
Alvin Community College offers way to tap into oil and gas
Jan. 6 panel votes to hold Steve Bannon in contempt
Big warm up ahead but another cool front in the forecast
Astros to start less-than-healthy Greinke in Game 4 to salvage ALCS
Show More
Unsolved: A Life Never Lived
Alvin Community College gives inmates way to earn a second chance
471 criminals arrested and over $421K seized in 10-week operation
4-year-old survives fall off 70-foot cliff while hiking with parents
Wanted: 80,000 truck drivers to help fix the supply chain
More TOP STORIES News