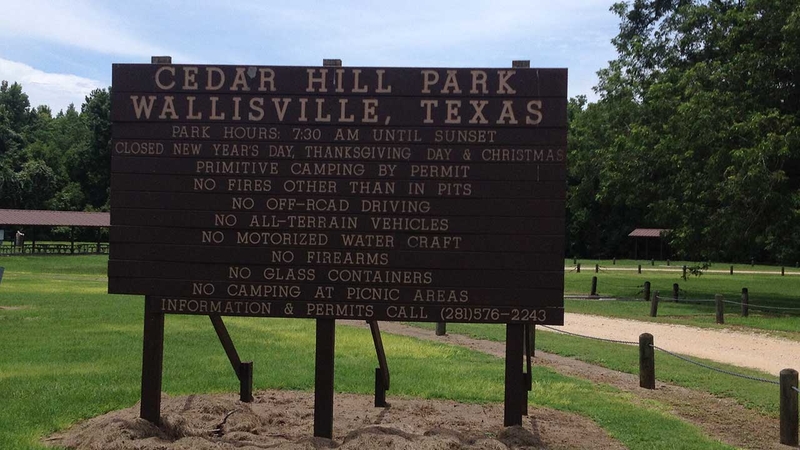 WALLISVILLE, TX (KTRK) -- It was a terrifying day at a Chambers County park Sunday for a father and his son. They were both attacked by an alligator.

It happened at Cedar Hill Park at Lake Charlotte off FM 563 just north of I-10. According to the Chambers County Sheriff's Office, 13-year-old Kaleb Hurley was swimming near the bank when witnesses say an alligator came up and bit his arm, pulling him under.

The boy's father, 42-year-old James Hurley, ran into the water and was able to save his son, but the gator reportedly went after him, biting him on the leg. James Hurley was able to kick the alligator until it released him.

Both father and son were flown by Life Flight to Memorial Hermann Hospital, where they're listed in fair condition.

The incident is being investigated by the Texas Parks and Wildlife Department.