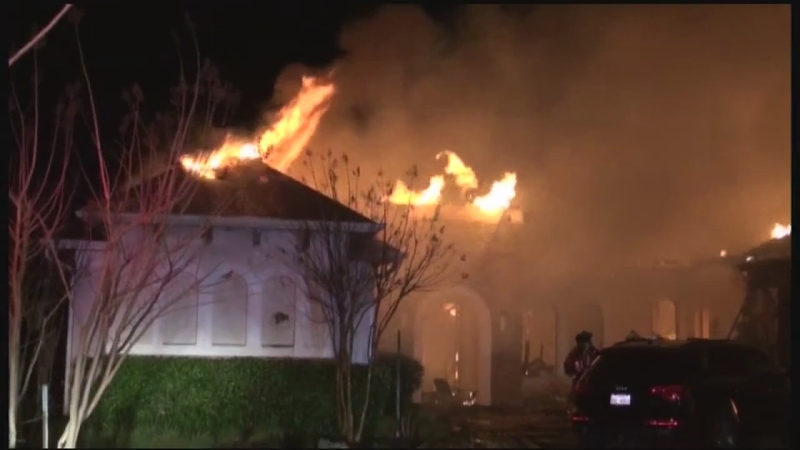 That fire was at an upscale home in the 11000 block of Grandview Drive.

Crews were called to the home around 4:15am.

This was a two-alarm fire that fully engulfed the house. The only thing left in tact was the garage.

Authorities say it started somewhere in the back of the house and wind gusts pushed it to the front.

People from the neighborhood driving by to check out the damage said this is the second home in the neighborhood to burn down in a year. And they say this brings back concerns about a lack of fire hydrants in the area.

"Because the neighborhood doesn't have fire hydrants on this side of the neighborhood," says Chris Dowell. "There are water canals behind all these houses. So the fire department does have the ability to fight the fires. But obviously it's a concern for the residents. And I think it's something the POA board is going to have to take up at some point."

The homeowner was there when the fire started. She was able to get out safely.

The cause is still under investigation.