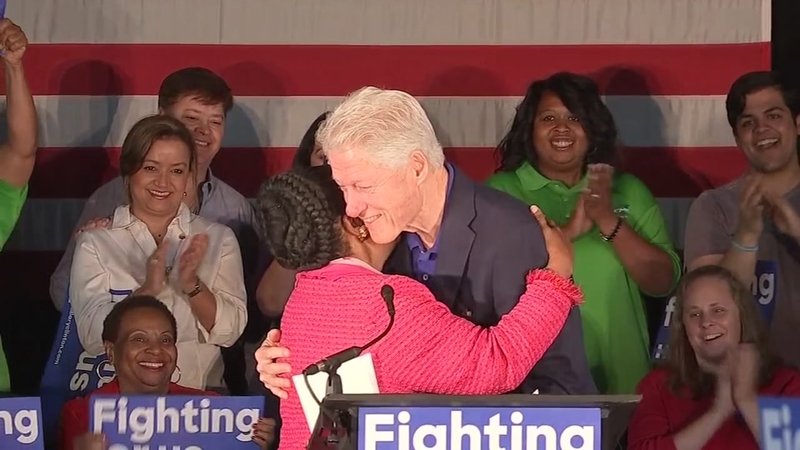 HOUSTON (KTRK) -- Former President Bill Clinton made a stop in Houston to campaign for his wife one day before the primary elections in Texas.

Clinton appeared at the Buffalo Soldiers National Museum to pitch his support for Hillary Clinton before the Super Tuesday nominating contests in the Lone Star State, plus 11 other states, and American Samoa.

President Clinton laid out his case for why the former secretary of state, first lady, and U.S. senator is the best candidate for the Democratic nomination.

He says Hillary Clinton is running to unite a fractured nation.

"When the Republicans say 'We'll make America great again,' she says, 'I don't think we ever stopped being great,'" Bill Clinton says. "But we do need to be made whole again so we can rise together."

The former president also drew a strong contrast between Hillary Clinton and Republican frontrunner Donald J. Trump, seemingly alluding to the business mogul's promise to build a wall on the border with Mexico.

"Some people want to build walls, but she wants to tear down barriers and build ladders of opportunity," Bill Clinton says.