ONLY ON 13: Band forced to start over after equipment stolen from E. Houston hotel parking lot 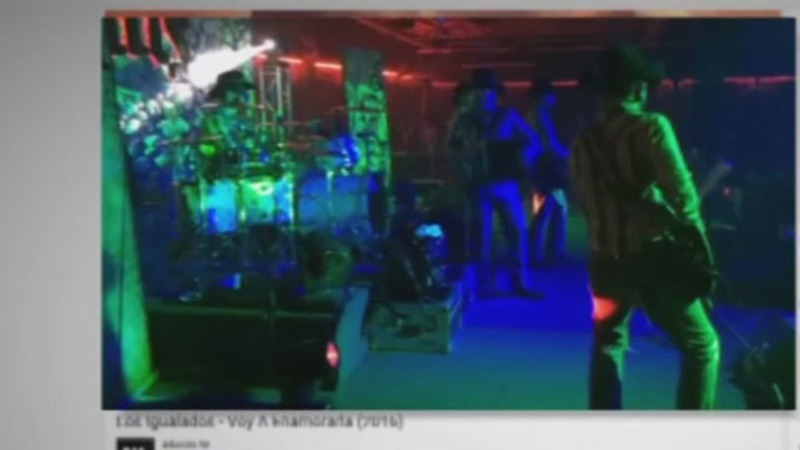 HOUSTON (KTRK) -- An up-and-coming Tejano band is starting over after all of its equipment was stolen from an east Houston hotel parking lot.

Los Igualados got to the La Quinta Inn, located at the East Freeway and Normandy, around 3:00am Friday. Security video shows a thief took the trailer that had all their equipment and instruments just three and a half hours later.

"Inside the trailer was around $60-80,000 worth of musical stuff: speakers, instruments, guitars. All that is gone," says the band's bass player Fernando Salinas.

He says hotel staff showed them security video. From that video they got a picture showing white truck pulling off with their stuff. Within hours, they had a few leads from fans on their Facebook page.

"You're like that's our trailer," says Andy Prado. "And they're posting stuff and they're happy with what they did. They don't know the lives they're affecting by what they did."

Andy Prado is the band's manager. He tells us there was more than $40,000 of sound equipment in the trailer, and about $12,000 in custom accordions. Houston police found the trailer in Acres Home.

"This is their livelihood," Prado says. "So when somebody comes and just decides to take their tools to eat, to feed their families, it hits you."

They know they'll never get some of their stuff back, but the band is pretty sure they know who took it...and they hope he's caught soon.
Related topics:
houstonthefthouston police departmentband
Copyright © 2021 KTRK-TV. All Rights Reserved.
More Videos
From CNN Newsource affiliates
TOP STORIES