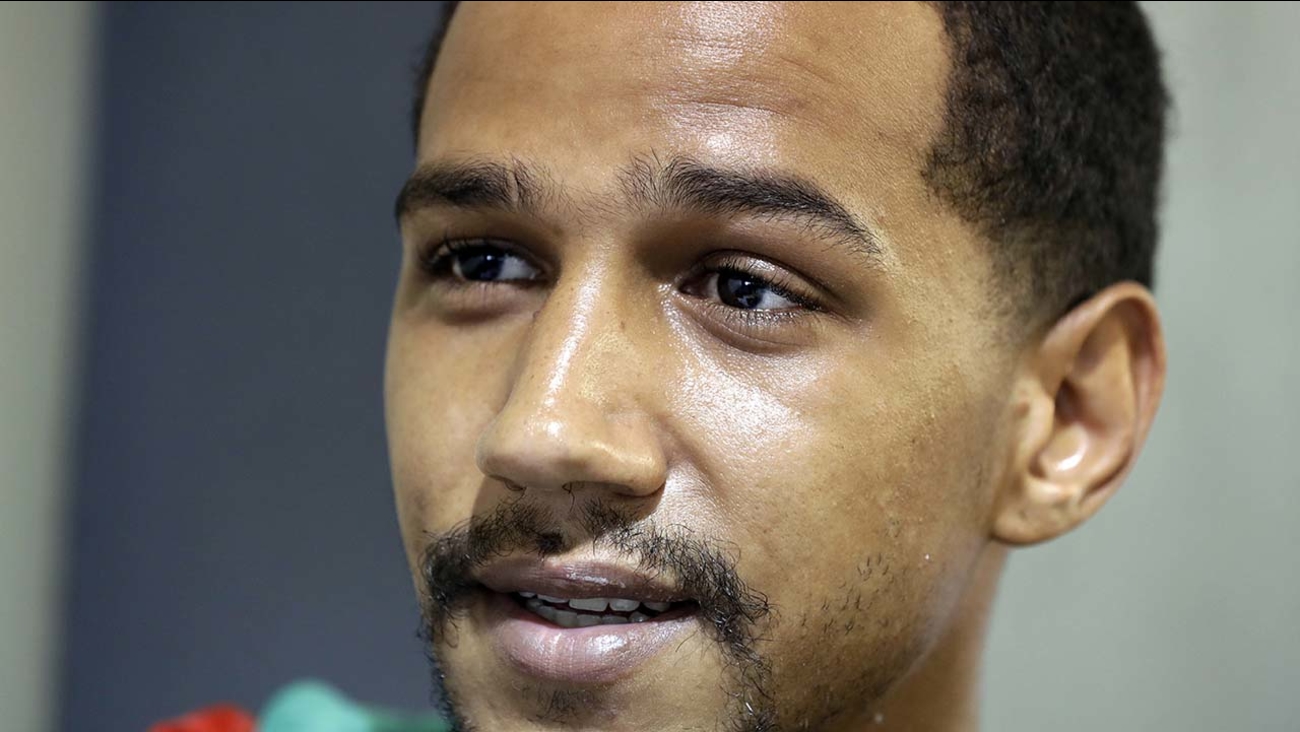 In this Sept. 20, 2016 photo, Bryan Sweeney answers a question during an interview in Houston. Officials said they're working to fix problems with its bail system. (David J. Phillip)

HOUSTON -- For university student Bryan Sweeney, the three days he spent at the Harris County Jail before he could pay his $10,000 bail for two misdemeanor charges, including for driving with a suspended license, cost him a chance to register for classes and graduate this summer. But Sweeney, an accounting major at Texas Southern University, said he's lucky, as others in a similar situation might never have been able to pay.

"It's pretty mentally difficult to fight a misdemeanor from inside of jail," said Sweeney, 27, who described the tough choice many poor defendants face. "I can get out and all I got to do is say, 'I'm guilty,' or I can sit in jail, sacrifice my freedoms and fight a misdemeanor case for the next six months that I can't afford," he said.

Criminal justice reform advocates say U.S. bail systems unfairly keep low-income defendants - many of whom are minorities arrested for nonviolent crimes - in jail for too long, which not only leads to overcrowding but can affect the outcome of their cases. In Harris County, the nation's third most populous, local officials say they are aware of the problems and recently implemented a $5.3 million plan, including a $2 million grant from the MacArthur Foundation, to jumpstart reforms.

However, some advocates are skeptical. They say previously discussed reforms have never come to fruition and they are now focusing on litigation as the best way to address the problem.

More than 50 percent of misdemeanor defendants in Harris County are detained until the conclusion of their case, many of them due to their inability to post bail, according to a July study by the University of Pennsylvania Law School. The study also found that misdemeanor defendants who remained jailed pretrial were 25 percent more likely to plead guilty. County data shows that of the 20 percent of pretrial defendants charged with low-level, non-violent crimes like drug possession and theft, 51 percent are African-American and 21 percent are Hispanic.

Among the initiatives Harris County is working to implement is a new pretrial risk assessment tool judges will use in determining bail decisions. An algorithm helps identify if a person is at risk of committing a new crime or failing to return to court if released on bail. The system, which judges will start using later this month, is intended to ensure low-risk defendants are diverted from the system as early as possible.

Reform advocates have long been critical of local judges using bail schedules - guides that set dollar amounts for bail based mostly on the current charge - and not releasing more low risk, non-violent defendants on personal bonds, in which individuals are released without having to pay bail. In Harris County, 5.8 percent of all defendants were granted personal bonds in 2015, including 8.5 percent of misdemeanor offenders. By comparison, nearly 88 percent of pretrial defendants are released on a personal bond in Washington, D.C.

The Texas Judicial Council, created by the state to study and report on its judicial practices, says it will ask that lawmakers during next year's session pass legislation stating the preference for pretrial release in Texas should be personal bonds and not money bail.

Anderson said other Harris County initiatives include expanding intervention programs that don't jail first-time misdemeanor drug and retail theft offenders but offer them a way to settle charges by completing community service or education classes. The county has also created a new Reintegration Court, which will tackle the more than 8,000 low-level, non-violent cases such as drug possession and prostitution that are filed annually. The hope is that the court will offer a more uniform approach on bail and treatment options for mental health or substance abuse problems in such cases.

At a legislative hearing last month, bail industry representatives spoke against the use of pretrial risk assessment tools and other bail reform efforts, saying such measures are unproven and would not offer any cost savings. County jails across the state are spending nearly $1 billion a year to house pretrial defendants, according to the Texas Commission on Jail Standards.

Also skeptical is Rebecca Bernhardt, an attorney and executive director of the Texas Fair Defense Project.

"Until the numbers change, until the Harris County Jail is not overcrowded, until the criminal justice system is not disproportionately African American and Hispanic, it's words," Bernhardt said.

Various cities and states across the country are also looking at ways to reform their bail systems, as well as fines and other court costs that can have the same effect on poor defendants. In November, voters in New Mexico will be asked to approve a constitutional amendment allowing courts to release defendants without bail if there is no evidence the defendant is dangerous or a flight risk. San Francisco is testing the pretrial risk assessment tool Harris County will be using, which is already being used in about 30 jurisdictions across the country.