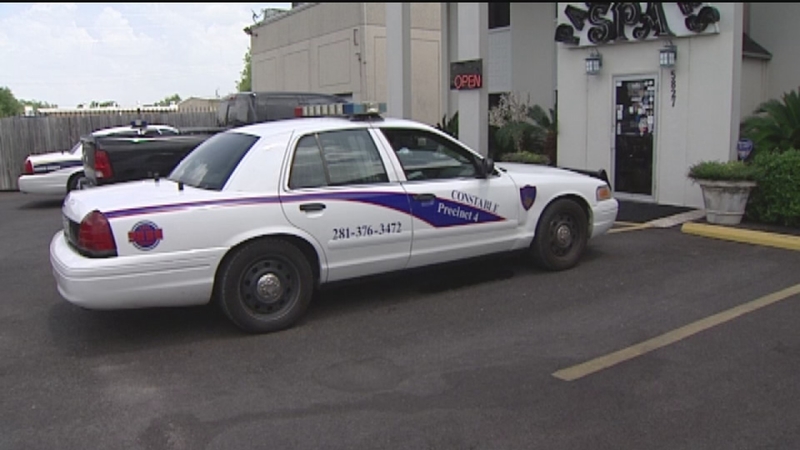 HOUSTON (KTRK) -- A spa raid turned into a prostitution bust for officers in southwest Houston.

Our crew was with deputies from the Precinct 1 and 4 constables offices as they arrested four women on charges of prostitution and shut down the Palm Trees Spa in the 5800 Block of Star Lane.

Constable Alan Rosen says there were about a dozen rooms inside with beds instead of massage tables. The women also lived there in a communal-type setting.

Three women led out in handcuffs, one in a pink set. A fourth woman locked up and was taken out the back. They all face prostituion charges.

Louis Rothermel offices and owns property nearby. He has seen star lane change over the 40 years he's been here. A decade ago, the spas started moving in.

"It keeps traffic on this street, undesirable traffic and there have been problems in the evening with these places," Rothermel said.