On Wednesday, authorities arrested the man accused of hitting Hill as he walked home in January. He had just finished his shift as a server at an upscale River Oaks restaurant.

A witness said Hill was starting to cross the intersection at Westheimer and Taft, when a driver ran a red light, struck him and drove on. Hill's aunt said her nephew's last act was to smile at the woman who knelt beside him as he was dying.

Now, a man identified as Emmannuel Salgado, is charged in Hill's death. The victim's relatives said they were told by Houston police that Hill's DNA was recovered from Salgado's car.

Kathy Graham is Hill's aunt. From her Austin home, she pointed out the fresh Christmas tree, in memory of her nephew.

"He loved Christmas," she said, with a poignant smile.

The investigation included an arrest soon after Alex was killed. During the first arrest, authorities realized they had detained the wrong person. Matthew Putterman, 28, was stopped at the Canadian border about to visit a friend. While he was being held and before the charge was dropped, he missed his mother's funeral. 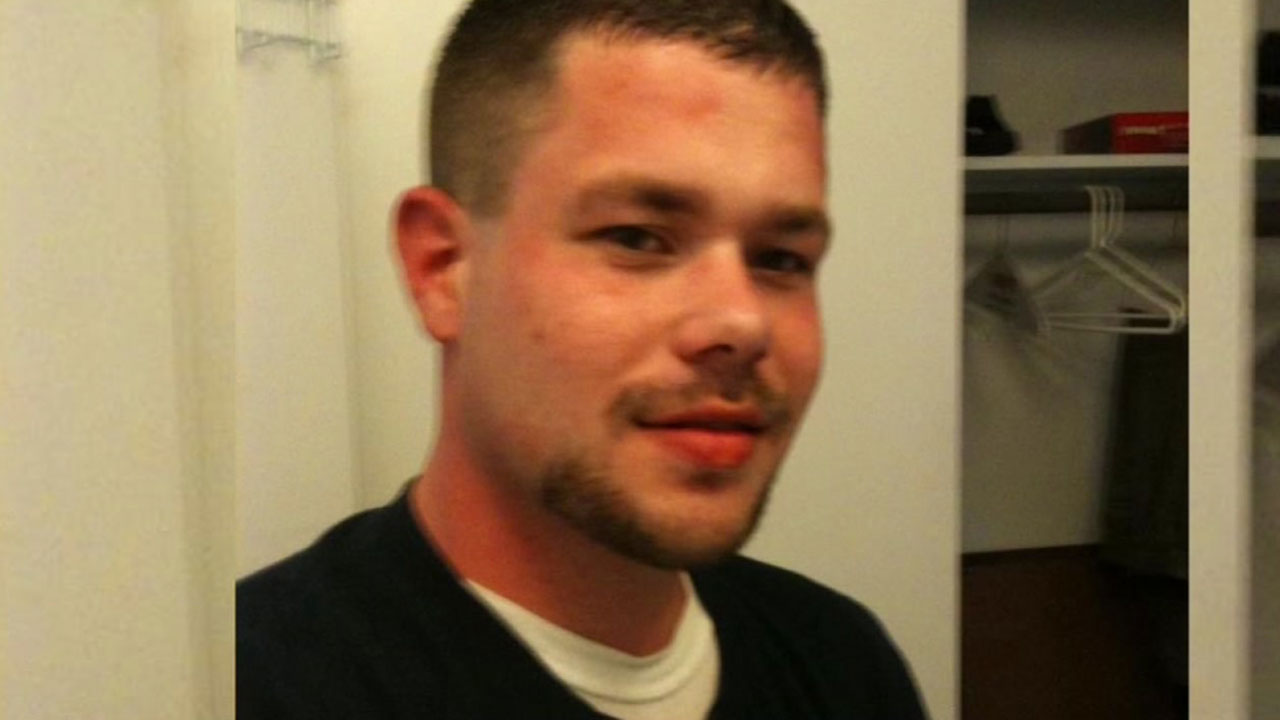 After that, the case seemed to turn cold. There is no information in the probable cause document to indicate what led police to Solgado.

"I expect he (Salgado) finally told somebody about it," said Graham. "And they turned him in."

Salgado appeared in probable cause court Wednesday and asked for a lawyer.

Hill, from South Carolina, worked in two upscale restaurants in Houston as a server. State of Grace was his last employer.

Solgado also worked in the restaurant industry as a bartender at Boheme in Montrose.

Search continues for driver in deadly hit-and-run
Surveillance video shows just how fast a car sped off after a deadly hit and run in Montrose.

Casey Ray was a friend of Hill's, who described him as "someone who loved everybody. He was very special." When he heard Solgado had been arrested, his name sounded familiar.

"I discovered he had served me drinks at Boheme," Ray said.

Like other friends, Hill was always in the back of his mind, but he wondered when the case would be resolved and when an arrest would be made.

"It won't bring him back, but it does bring some kind of resolution," he said.

Ray was standing near a utility box at the intersection where Miller was struck. A utility box was painted with a portrait of Alex, spreading his arms wide to pedestrians as they walked by.
Related topics:
houstonhit and runarrest
Copyright © 2021 KTRK-TV. All Rights Reserved.
TOP STORIES
Strong storms moving through southeast Texas
Mom to speak for the first time since 5-year-old son found dead
No rolling blackouts yet in Texas, but they're still possible
Abbott says he'll use crowdfunding for plan to build border wall
Senate passes bill making Juneteenth a federal holiday
Why Jack Yates decided to move his life and family to Houston
NTSB completes deadly plane crash investigation in Madisonville
Show More
HPD investigating woman's wrapped body found in dumpster
Victim believes she was followed from Galleria before $5K purse taken
Don't wait to service A/C or decide on backup power, experts say
Barbers Hill softball and baseball celebration canceled due to weather
Tropical development odds now up to 80% for low in Gulf
More TOP STORIES News