Houston airport chief teed up in Hawaii with company execs who won piece of $1.5B deal 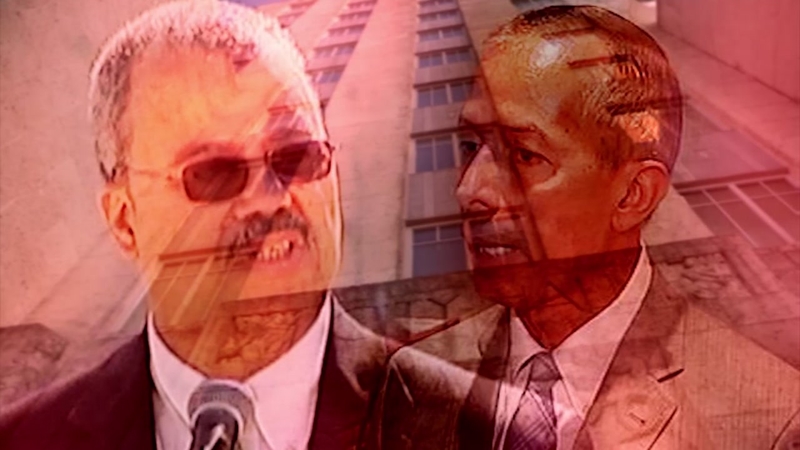 Airport chief teed up with execs who won piece of $1.5B deal

HOUSTON (KTRK) -- In the run up to the Houston Airport System issuing bids for an expansion project totaling $1.5 billion, airport director Mario Diaz played golf at a Hawaii resort with two senior executives of a firm that won a key piece of that Houston airport contract, emails obtained by abc13 show.

The former director of the Atlanta airport Ben DeCosta helped set up the tee-time, according to the email. DeCosta previously worked with Diaz at the Atlanta airport and worked on both sides of the airport bid, according to records and interviews. He worked as a consultant for Austin-Gilbane, the consortium that won that key contract and whose executives played with Diaz on the Hawaii course. He also was hired by the airport write the specs for the winning bids.

The round of golf took place in January 8, 2015 during a conference for airport executives and was played at the luxurious Mauna Lani Bay Hotel & Bungalows South Course, which can cost as much as $880 for a foursome.

This email was just one of series of emails between Diaz and DeCosta obtained by abc13 that show how close the two are.

These emails were obtained soon after an interview with Diaz in which he acknowledged that DeCosta was a friend but said that the two don't talk about business. He later clarified in a statement he meant that they don't talk about airport business when it's prohibited by city rules.

See the initial Ted Oberg Investigates investigation into questions surrounding that winning bid, as well as communication between Diaz and DeCosta here. Mayor Sylvester Turner has cancelled the airport contracts amidst questions raised by the former and current city controller.

No illegalities were found in connection with the bid process in the wake of review by the city legal department, city officials said. And it's not illegal for an airport director to play golf with potential bidders.

But Diaz won't say what was discussed at the golf course. "We did not discuss the Mickey Leland International Terminal during that outing," he said in a statement.

"Stay cool. This is not your last rodeo, a lot more to put before council in 2015," is one piece of advice. "Consider whether a written one pager is advisable to make it easier on council members to call to mind the salient points. Perhaps having something in reserve might prudent," is another.

The next day Decosta gave more advice on how to structure some of the deals that would go before council later in 2015.

Diaz says Decosta was a paid consultant for the airport helping to design the bids at the time.

Diaz told abc13 that DeCosta never told him he consulted for Austin-Gilbane, which ultimately was one of the winning bidders.

"I don't run Mr. DeCosta's life," Diaz said. "I don't run his business He does that for himself."

Diaz shares information about his own business with DeCosta, according to a June 8 email.

Diaz provided DeCosta a copy of a new contract to re-up his tenure as airport director. The two-year contract shows Diaz getting a salary bump to $275,000 a year and a clause that Diaz gets his full two-year's pay if he is terminated before the two years are up.

Diaz ended the on-camera interview abruptly, walking to his car and driving away while Ted Oberg Investigates continued to ask questions.