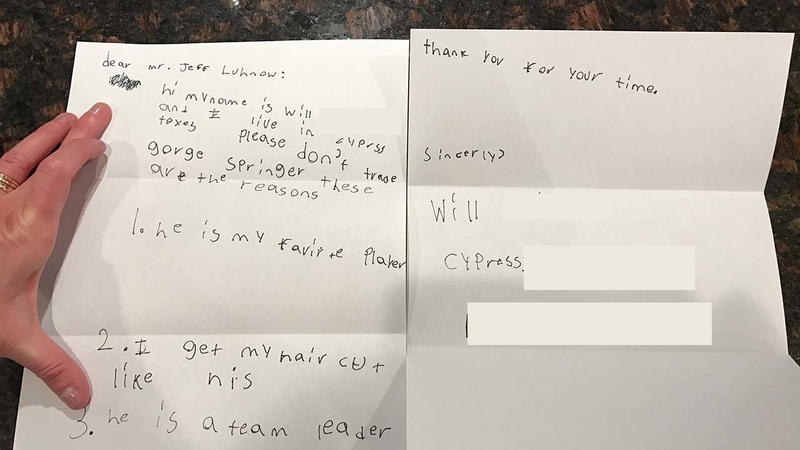 CYPRESS, TX (KTRK) -- This is a kid who has his priorities in line.

Seven-year-old Will from Cypress wrote Santa. Then he wrote to Astros General Manager Jeff Luhnow with an important request: "please don't trade" my favorite player.

"I think the best way to describe this is that it dovetailed with a letter to Santa," said Will's dad Aaron. "He sat down and banged this out."

The only part Aaron helped with was the address to Minute Maid Park.

Aaron said Will didn't want the Astros to trade George Springer, who, in the letter, Will identifies as a team leader.

"I got my hair cut like his," Will also writes.

In addition to the awesome letter, he included a picture of him playing with his team, the Lone Star Express 7U out of Cypress.

The letter had taken off on social media, getting attention from across the country.

It's very unexpected, Aaron said. He was in a meeting when someone showed him the response.