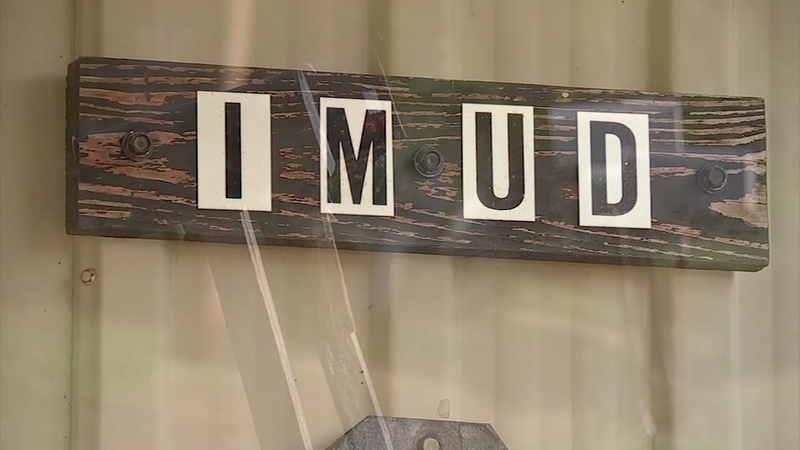 EL CAMPO, TX (KTRK) -- It's far from the city lights, but a municipal water district near El Campo, an hour or so south of Houston, is causing some fireworks.

There are charges of missing money, a misused credit card and many residents in the area think there is big money missing and much more to investigate.

And they say they have nowhere to go.

Welcome to the IMUD. It's the Isaacson Municipal Utility District, just outside El Campo. It's not big water district, serving about 240 homes and businesses and has a single paid employee.

It has board members who are a volunteer bunch. They meet in a trailer that can squeeze in about a couple of dozen folks at best.

Another thing about the district, according to Floyd Fisher, who is a former board member of the MUD: "Money has been going missing."

The residents and the board members disagree on how much money is missing. But even the board's own accountant concedes the money drained out of the district for years.

A recent audit details nearly $70,000 worth of losses going back at least four years.

An independent auditor hired by board earlier this year found that the MUD's books had not been reconciled and found there were discrepancies in credit card statements. The manager of the MUD earlier this year quit soon after after a packed meeting of residents demanding her resignation.

Board President John Francis said that the employee was being questioned about the credit card by sheriff's deputies.

"My staff and I have found errors in the bookkeeping system," auditor Julie Pfeil wrote to to the board in an Oct. 8, letter. "These errors started occurring at the time that the bookkeeping was no longer being outsourced to an accounting firm but prepared internally."

And a number of residents believe there has been mismanagement and missing money.

"When you find out there's no money there to do anything, where did all this money go all this time?" asked resident Evelyn Novak.

Her words were echoed by IMUD property owner Marc Welfel.

"That's what everyone in the district would like to know, where all the money went to," Welfel said. "There was a hole in the bucket somewhere."

It's something even board president Francis concedes may have happened.

"We're not all professional accountants or managers," Francis said. "We maybe didn't look at things as closely as we should have."

Pfeil, the independent auditor, suggested that an auditing firm specializing in forensic audits.

And without a forensic audit -- or criminal charges -- Francis said he won't ask the Wharton County District Attorney to investigate.

These leads to a problem the IMUD residents are complaining about. here is nowhere for these residents to turn. While the MUD's independent auditor found lots of errors in the books, she's since resigned.

There are 2,300 special districts in Texas, not counting school systems. Those special districts range from the very large -- such as the agency that manages Houston's two major safety-net hospitals for the poor and uninsured, which collects $530 million in property taxes a year -- to small districts like the IMUD, which brings in about $200,000 a year.

It seems there is no central place where people can go if they believe they have found fraud.

"There has to be somewhere to get help, because there's something here that need to be done something about," IMUD resident Colette Popp said.