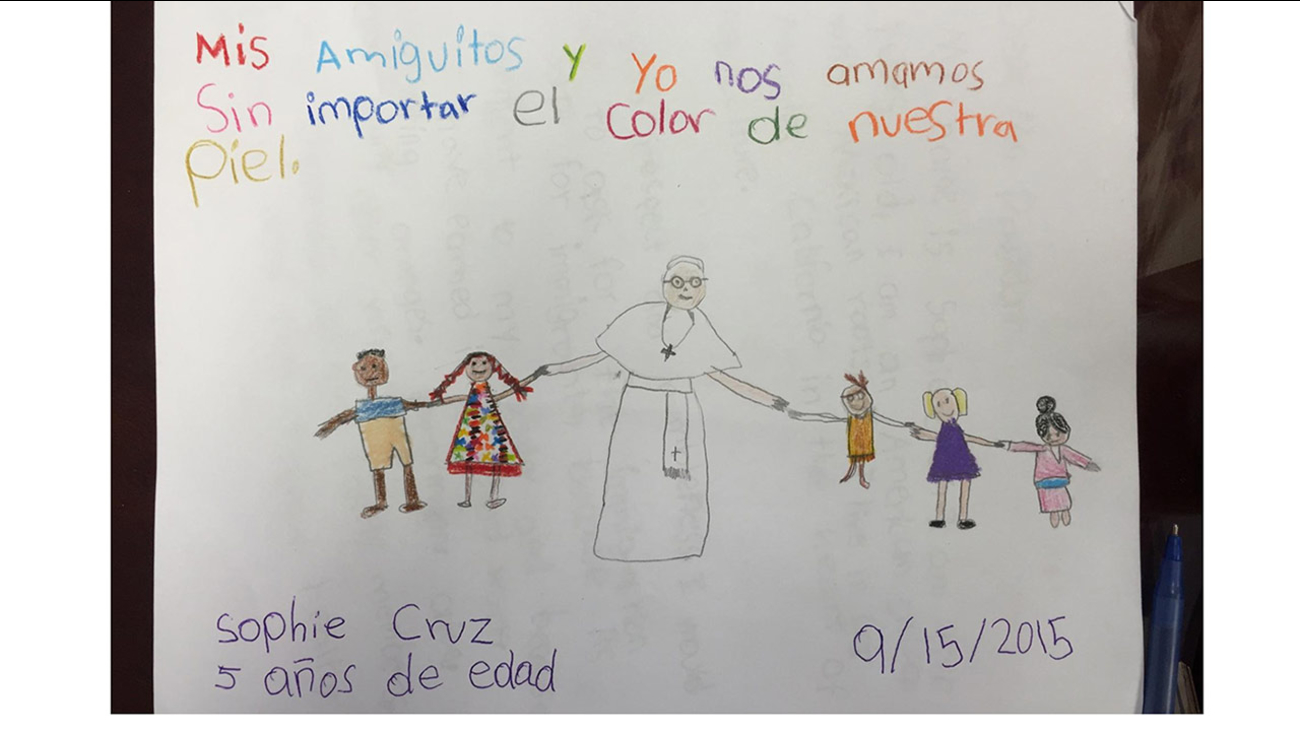 WASHINGTON -- A 5-year-old girl in a brilliantly colored dress and braids who was handed up to Pope Francis for a blessing during a parade in Washington on Wednesday morning urged the pontiff to give his blessing to immigration reform and push lawmakers to act.

Sophie Cruz, of South Gate, California, delivered a bright yellow T-shirt and a letter expressing wishes that her mother and father and millions of others who are in the U.S. illegally are allowed to remain in the country. Her trip was sponsored by an advocacy group.

"I'm scared that the ICE will take my family away," Sophie Cruz told The Associated Press in an interview, referring to U.S. Immigration and Customs Enforcement.

Sophie got beyond a barricade and approached the popemobile, carrying the T-shirt that read in Spanish: "Pope: rescue DAPA, so the legalization would be your blessing." It refers to a program called Deferred Action for Parents of Americans, which would extend deportation protections to parents of U.S. citizens and permanent residents who have been in the country for some years, but is on hold after 26 states sued to block it.

Sophie shied back when a bodyguard came near. But when the pope gestured to her, she allowed the bodyguard to pick her up and bring her forward for a papal kiss and blessing. A guard passed the shirt and message into the popemobile. 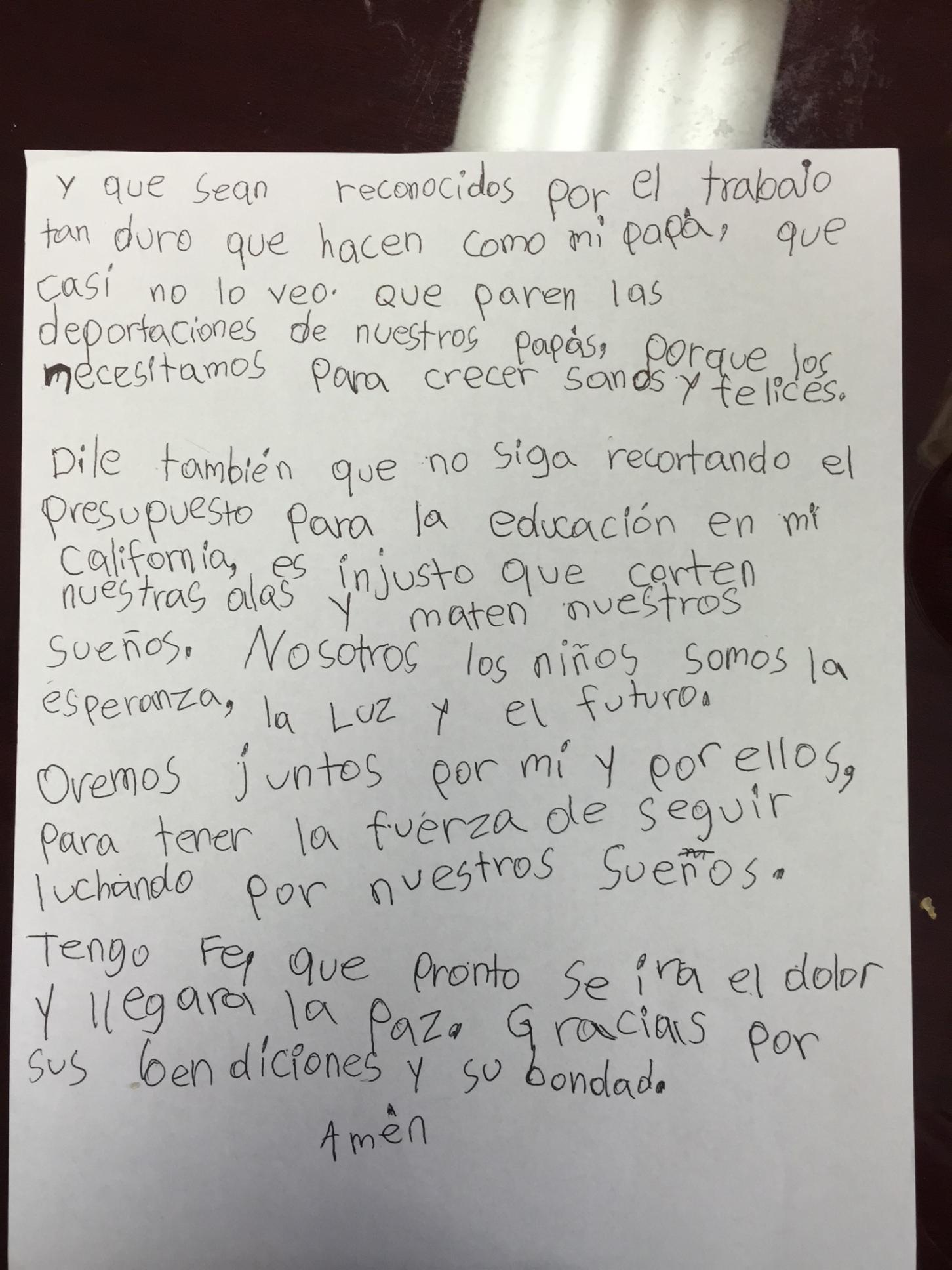 Hermandad Mexicana Transnacional, based in Los Angeles, organized the trip to Washington from Southern California for six children and 19 adults, hoping to deliver their message on immigration, said Gloria Saucedo, director of the group.

Sophie went with her 36-year-old father, Raul, who like her mother, came to the U.S. from Mexico's southern state of Oaxaca about 10 years ago. Sophie and her sister were born in the United States and are therefore American citizens. 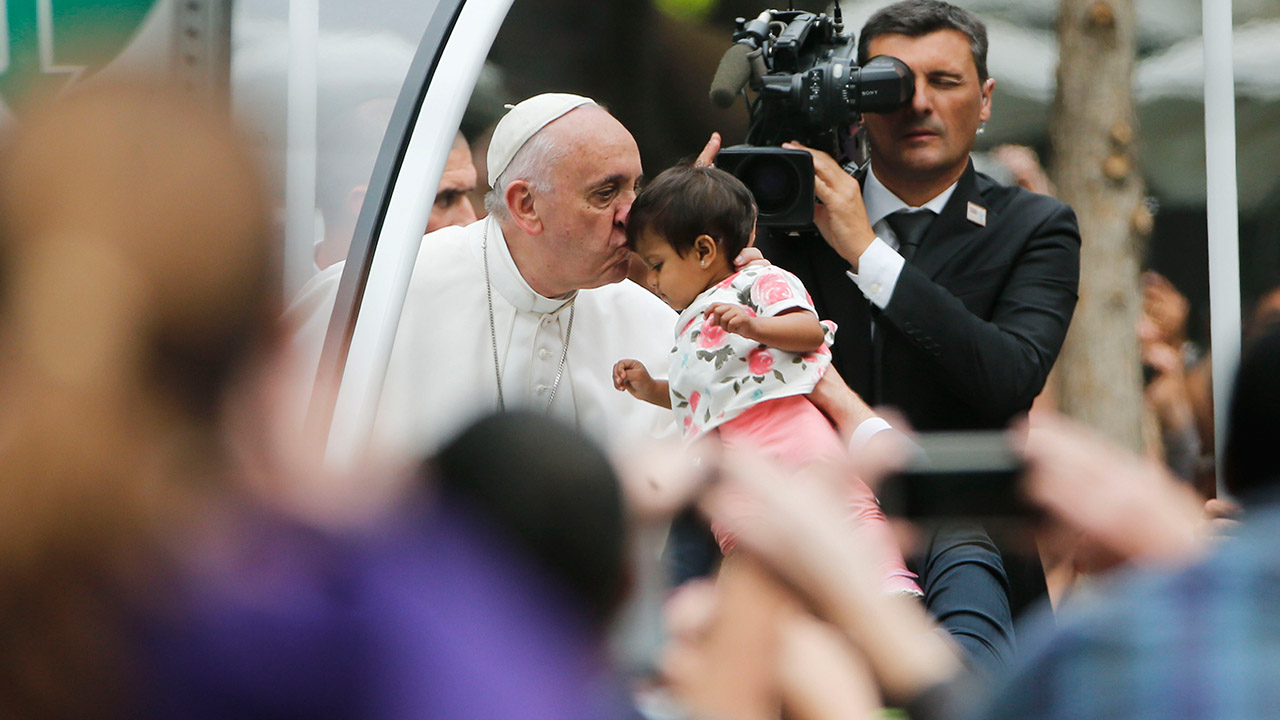 Sophie and her father will appear at a rally and news conference Wednesday evening at the Capitol. Rep. Julia Brownley invited Sophie to listen to the pope's address to Congress on Thursday.

Cruz's parents likely are not considered a priority for immigration enforcement. The Obama administration has repeatedly directed immigration agents to focus resources on serious criminal immigrants, people who pose a national security or public safety threat and those caught crossing the border illegally.

"It was a miracle," he told a reporter in Spanish. "It was a miracle that the pope saw our girl and selected her to bless her."
Related topics:
religion & spiritualitypope us visitpope francisu.s. & world
Copyright © 2021 by The Associated Press. All Rights Reserved.
POPE US VISIT