By Meagan Ellsworth, The Courier of Montgomery County 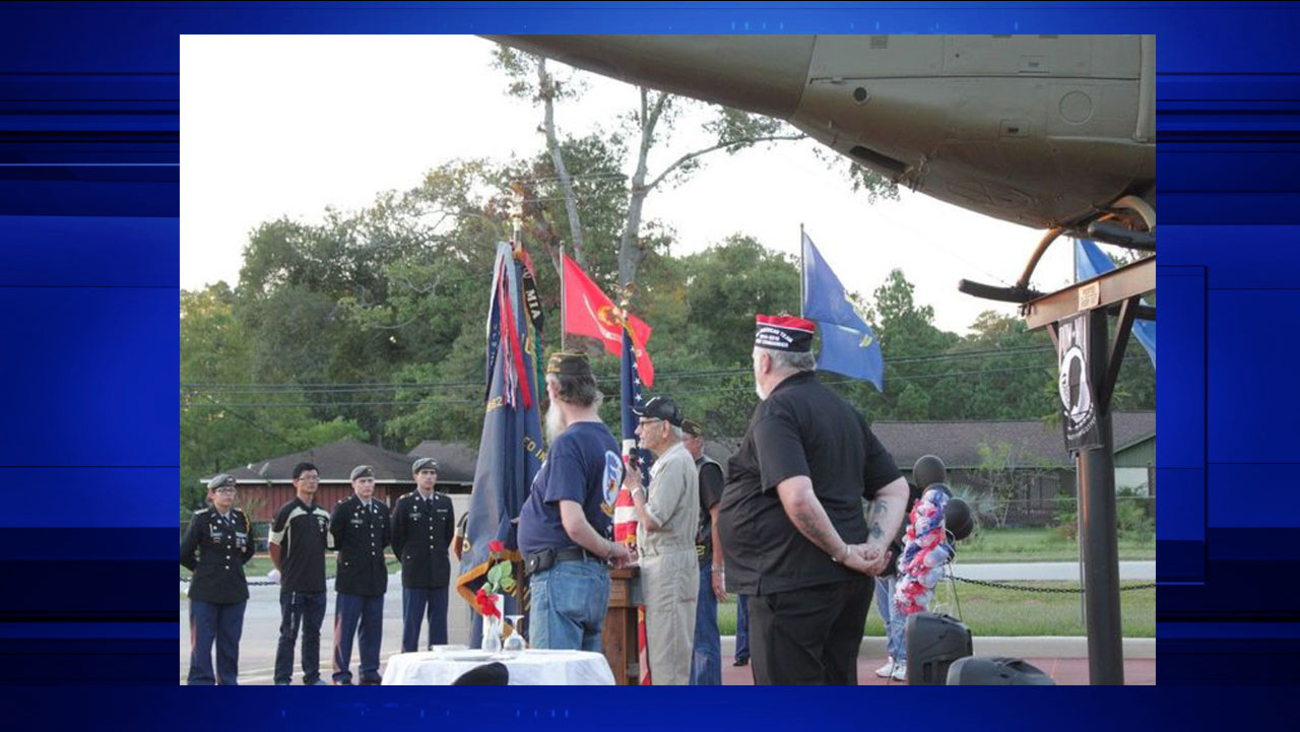 The Veterans of Foreign Wars Post of Conroe honored prisoners of war like Staff Sgt. George Waters and soldiers still missing in action during their annual POW MIA day on Friday. (The Courier of Montgomery County)

MONTGOMERY COUNTY, TX -- The words of Staff Sgt. George Waters brought the audience of veterans, their families, and other supporters of the community back to the day when his plane went down.

The World War II B17 Gunner spent 15 months in a prisoner-of-war camp after his plane was shot down over Nazi-controlled Germany.

The speaker was joined by Congressman Kevin Brady, R-The Woodlands, at the Veterans of Foreign Wars Post in Conroe on Friday to honor all prisoners of war as well as those who are still missing in action.