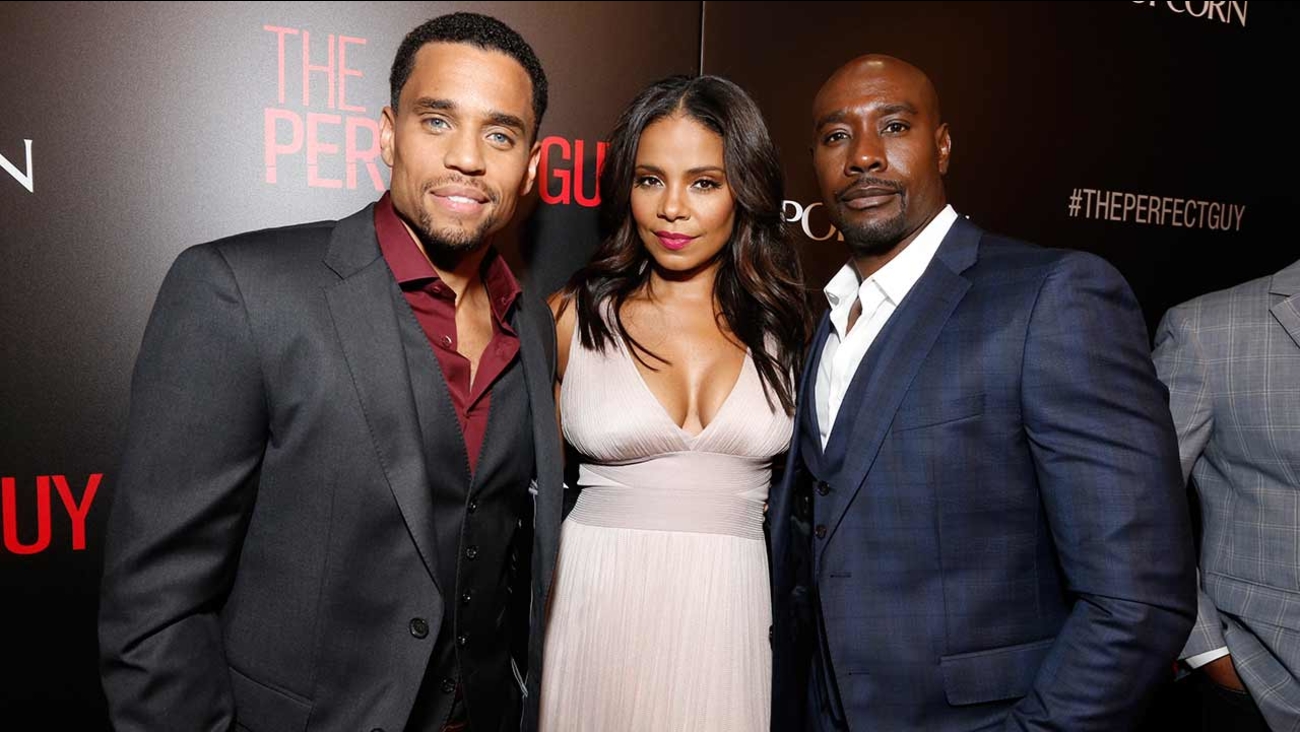 LOS ANGELES, CA -- "The Perfect Guy" and "The Visit" sailed past modest opening weekend expectations - and budgets - locking in debuts in the mid-$20 million range thanks in part to good timing and robust female turnout.

"The Perfect Guy," a PG-13 rated thriller starring Sanaa Lathan and Michael Ealy, secured the first place spot with $26.7 million, according to Rentrak estimates on Sunday. The Sony/Screen Gems film cost only $12 million to produce.

M. Night Shyamalan's nail-biter "The Visit," a $5 million production from micro-budget horror-makers Blumhouse, took a close second with an estimated $25.7 million for distributor Universal. With numbers this close, the places might shift when Monday actuals roll in, but both films are resounding successes on a weekend that often doesn't go noticed on the release calendar.

"We're not breaking any records, but this is the perfect weekend for these films," said Paul Dergarabedian, the Senior Media Analyst for Rentrak. "Studios are finding a land of opportunity in weekends that were heretofore 'slow weekends' at the box office and proving that audiences are always looking for new content."

Female audiences helped "The Perfect Guy" shoot to the No. 1 spot. An estimated 69 percent were women and 58 percent over the age of 25.

"It bodes well for the longevity of the film. Not only is it a date movie, but it's a film that girlfriends are going to go to together as well," said Rory Bruer, Sony's President of Worldwide Distribution. Audiences also gave the film a promising A- CinemaScore.

"The Visit" also saw a majority female audience (60 percent) on opening weekend, although existing crowds gave this one a B- CinemaScore. This is the eighth successful $20-plus million opening for producer Jason Blum's Blumhouse Productions, which specializes in micro-budget horror films including the "Insidious" and "Paranormal Activity" series.

"Jason Blum is really continuing to develop his brand name. People look to those films as having something special about them. It's magical when that combines with M. Night Shyamalan, who has absolutely built his reputation on mining the unexpected. It's a great combination," said Nick Carpou, Universal's President of Domestic Distribution.

In third place, "War Room" continues to prove mightily powerful with $7.4 million in its third weekend in theaters, but the faith-based categorization isn't always a sure revelation. "90 Minutes in Heaven," a Christian film starring Kate Bosworth, opened in ninth place to only $2.2 million from 878 locations. It's a fine result for the film, but pales in comparison to "War Room" which now boasts a $39.2 million domestic total.

"A Walk in the Woods" and "Mission: Impossible - Rogue Nation" rounded out the top five with $4.7 million and $4.2 million, respectively. "Mission: Impossible" also earned a gigantic $91.3 million internationally this weekend, with China accounting for $86 million of the total.

This weekend was in some ways the last gasp before the fall movie season starts in earnest with a number of high profile releases.

"Both 'The Perfect Guy' and 'The Visit' took full advantage of a perfect release date before 'Sicario,' 'Everest,' 'Black Mass,' and 'The Scorch Trials' all open," said Dergarabedian. "It's going to be a veritable traffic jam at the box office next weekend."