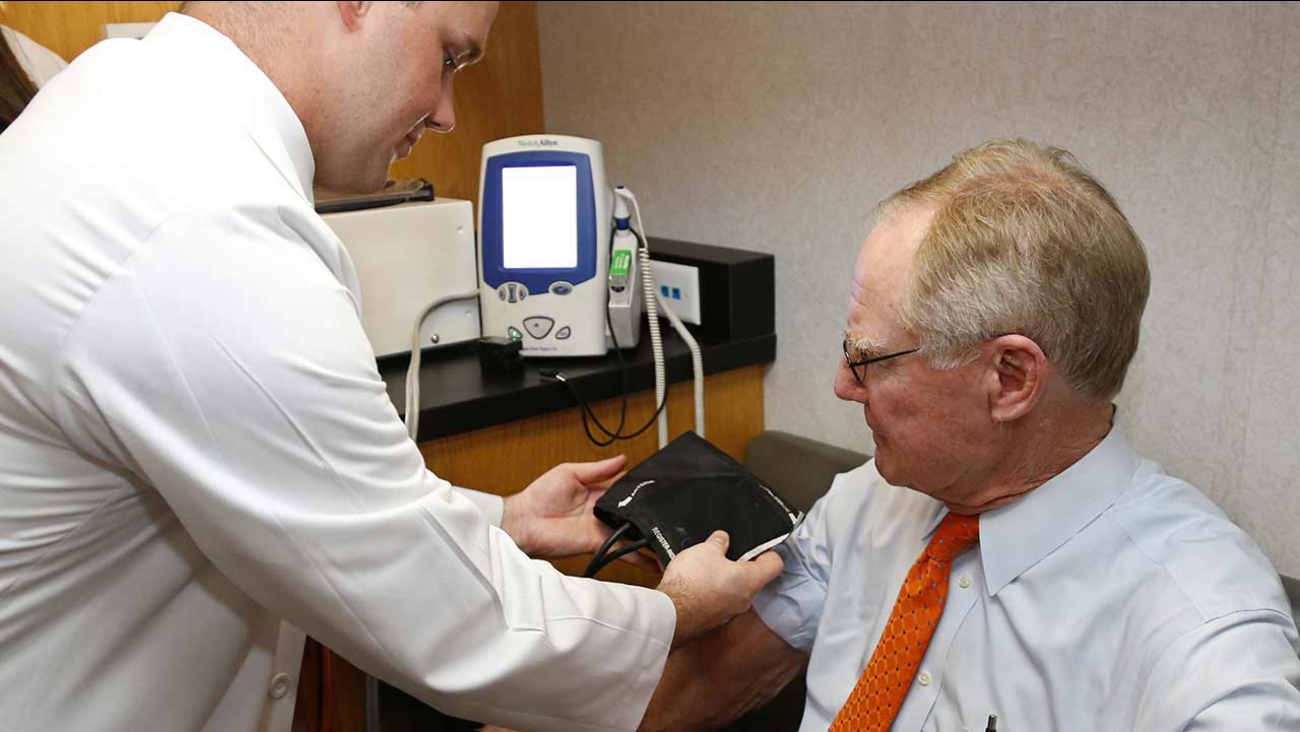 Patients who got their blood pressure well below today's usually recommended level significantly cut their risk of heart disease and death, the National Institutes of Health announced Friday. The benefit was strong enough that NIH stopped the study about a year early.

Doctors have long debated how low blood-pressure patients need to go, especially as they get older. Friday's results are preliminary, and researchers stressed that they shouldn't alter patient care just yet. But if the full results pan out, they eventually could influence treatment guidelines.

"This study certainly supports that lower is better," said Dr. Mark Creager, president of the American Heart Association, who wasn't involved with the new study. He called the research a possible roadmap to treatment strategies "that will save a significant amount of lives."

About 1 in 3 adults in the U.S. has high blood pressure, raising the risk of heart attacks, stroke, kidney failure and other health problems.

Today's treatment guidelines are mixed but generally recommend getting that top number - called the systolic pressure - down to about 140 in generally healthy adults and to 130 in patients who also have kidney disease or diabetes.

The institute sponsored a nationwide study to test if that's the best goal, or if aiming lower would either help or harm. Starting in 2010, more than 9,300 high blood pressure patients were enrolled in the SPRINT study, the Systolic Blood Pressure Intervention Trial. Half received an average of about two medications with the goal of lowering their systolic pressure below 140. The other half received an average of three medications with the goal of getting below 120.

The more aggressively treated patients saw their risk of death drop by almost 25 percent compared to the less controlled patients, researchers said. And rates of cardiovascular problems dropped by almost 30 percent in the better-controlled group.

Researchers wouldn't give precise numbers, or information about side effects, data that's expected when the full study is published in a scientific journal by year's end.

One question is whether older patients need to get their blood pressure as low as middle-aged patients do, or if doing so increases the seniors' risk of side effects including falls. Last year, an expert panel sparked debate by recommending that the treatment target for patients over 60 be a systolic pressure of 150.

The average age of SPRINT participants was 68, and a quarter of them were over 75. The heart association's Creager said doctors will examine closely how those older patients fared.

Meanwhile, what's the advice for patients now struggling to control their blood pressure?

Everyone should know their blood pressure, added Creager, director of the Heart and Vascular Center at Dartmouth-Hitchcock Medical Center. Risks for heart disease begin gradually rising as blood pressure gets above 120, even if people never cross the line into full-blown hypertension.

Good diets, physical activity and keeping a healthy weight help avoid high blood pressure, and can help to lower it before medications are required or along with them.

But once high blood pressure is diagnosed, getting treatment is more important than the debate over how low to go, Creager said. That's an individual decision based on the person's overall health, and many people aren't reaching today's recommended levels.

"The worst thing people with high blood pressure can do is ignore it," he said.