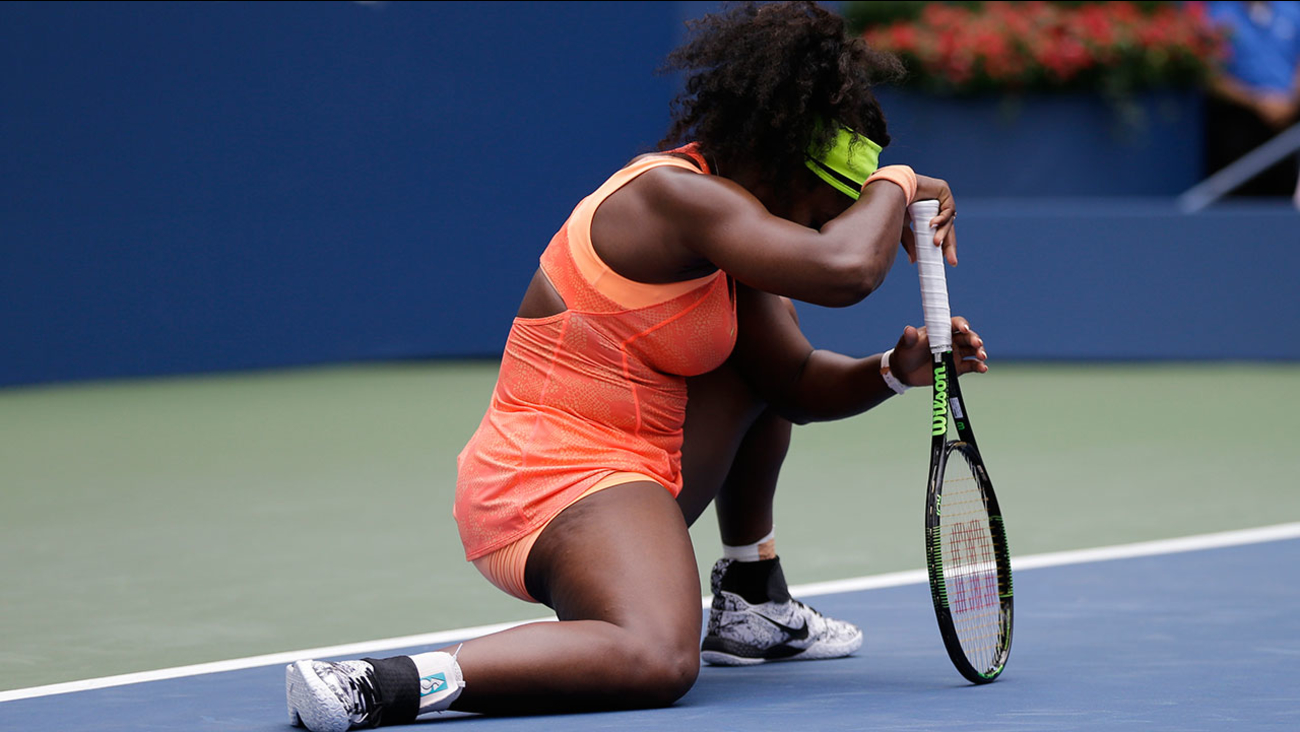 NEW YORK -- For Serena Williams' first 26 matches at major tournaments in 2015, no deficit was too daunting, no opponent too troublesome, no victory too far from reach.

She was unbeaten and, seemingly, unbeatable, nearing the first Grand Slam in more than a quarter-century. All Williams needed was two more wins to pull off that rare feat. And yet, against an unseeded and unheralded opponent in the U.S. Open semifinals, she faltered. Her pursuit of history ended, oh so close.

In one of the most significant upsets in the history of tennis, Williams finally found a hole too big to climb out of, losing 2-6, 6-4, 6-4 Friday at Flushing Meadows to 43rd-ranked Roberta Vinci of Italy.

Vinci had never before played in a Grand Slam semifinal. She had never so much as taken a set off Williams, much less won, in four previous matchups.

But her style, full of slices and net rushes, kept Williams off-balance enough to cause problems and prevent the 33-year-old American from becoming the first player since Steffi Graf in 1988 to win all four Grand Slam tournaments in a single season. Williams had been pushed to the limit before - this was her 12th three-setter in a major this season - but had managed to win titles at the Australian Open on hard courts in January, the French Open on clay courts in June, and Wimbledon on grass courts in July.

This time, for once, the No. 1-ranked Williams could not pull it out.