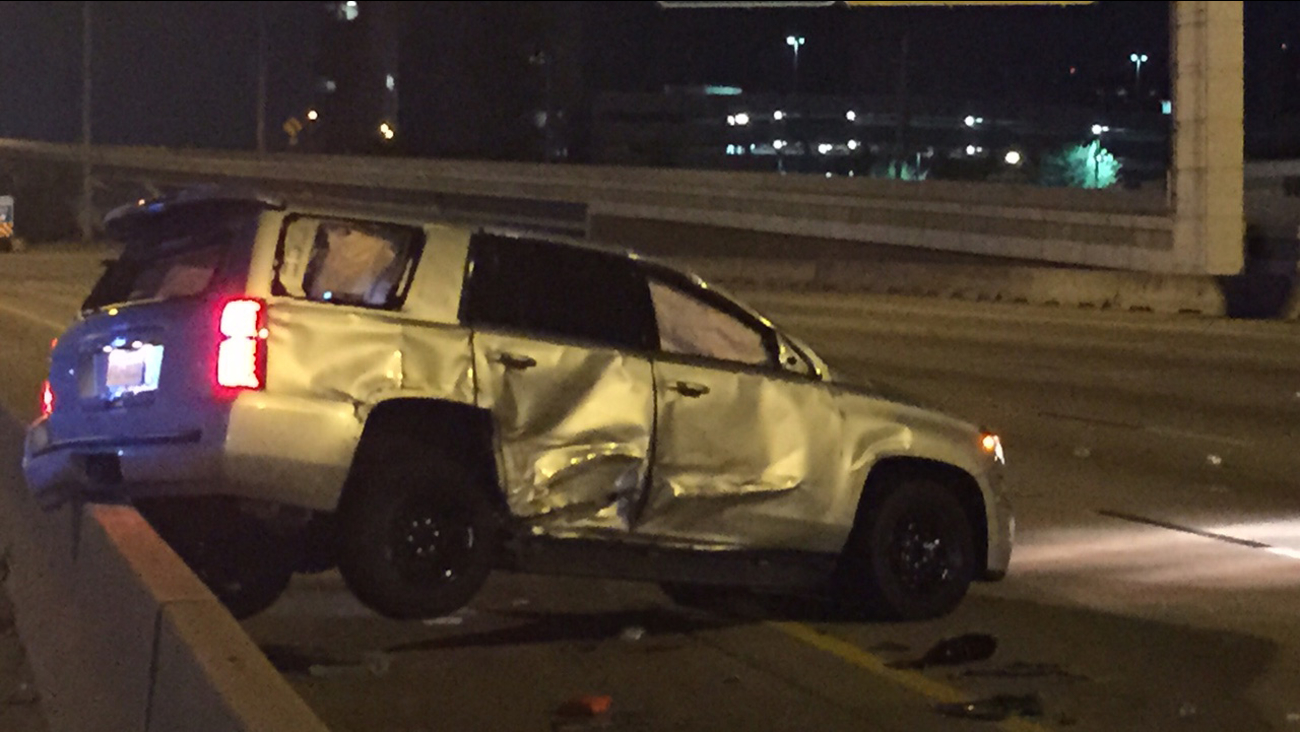 HOUSTON (KTRK) -- A Harris County sheriff deputy is in the hospital after a hit and run accident on the North Freeway at Aldine Bender.

The deputy was in an unmarked Chevy Tahoe when the driver of a Ford Mustang lost control and crashed into the side of the deputy's vehicle. The impact of the crash caused the SUV to roll over several times.

The driver of the Mustang then got out of his car and took off on foot. He was later found and taken into custody. Deputies say that driver may have been drunk and will face multiple charges.