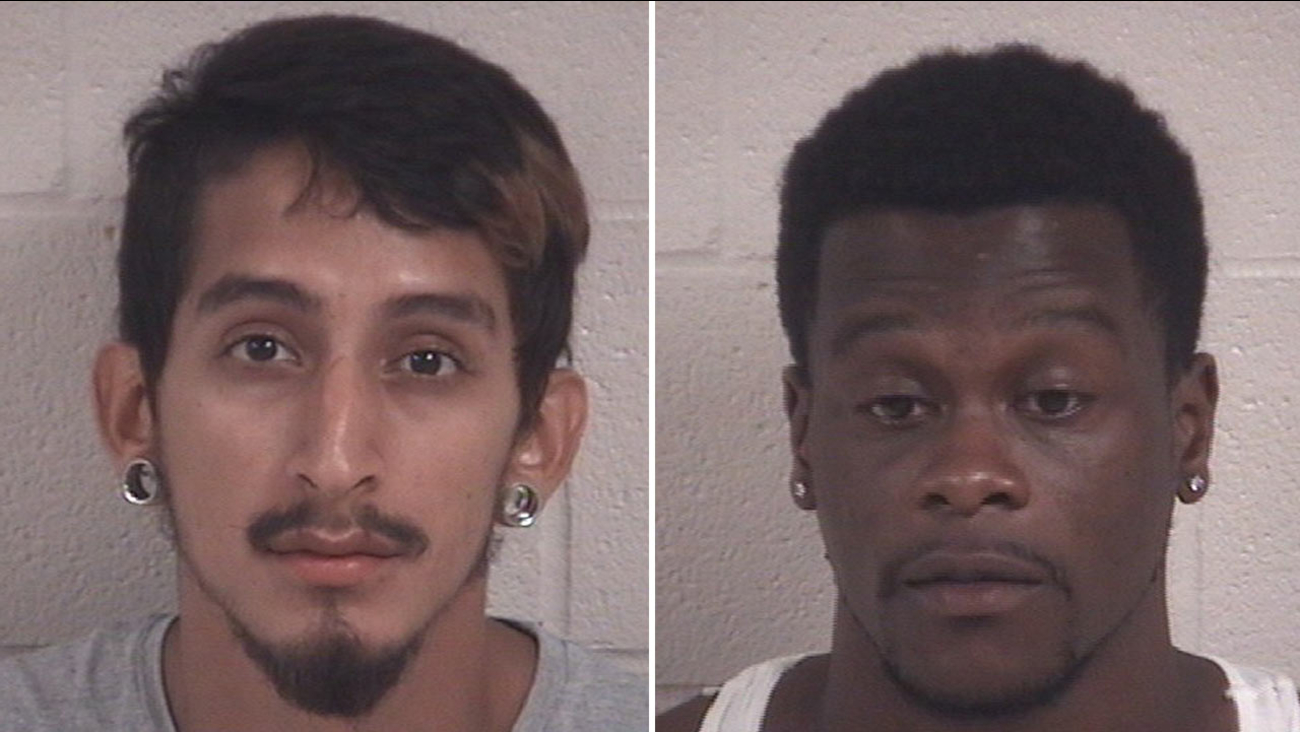 Arthur Reyna, 22, (left) and Damaren Francois, 23, are both charged with aggravated robbery

GALVESTON, TX (KTRK) -- A distinctive backpack has led to the arrest of two men in connection with a hold-up at a popular Galveston restaurant.

The robbery happened just after midnight Tuesday at the Joe's Crab Shack at 3502 Seawall.

Workers say a masked gunman forced an employee to knock on the door of the restaurant's office. Once it was opened, the armed robber pushed his way into the office, threw a backpack onto a desk and motioned they fill the bag up with money.

After the robber fled the scene, employees told police they recognized the man as Arthur Reyna, a former employee, in part because of the backpack's unique design. Workers gave police Reyna's address.

When police arrived at Reyna's home and gained consent to search the house, they say they found Reyna and a backpack that matched the description of the one used in the robbery, filled with cash and a loaded handgun.

Reyna, 22, and his allegedly getaway driver Damaren Francois, 23, were both arrested and charged with aggravated robbery. Their bonds have been set at $40,000 each.