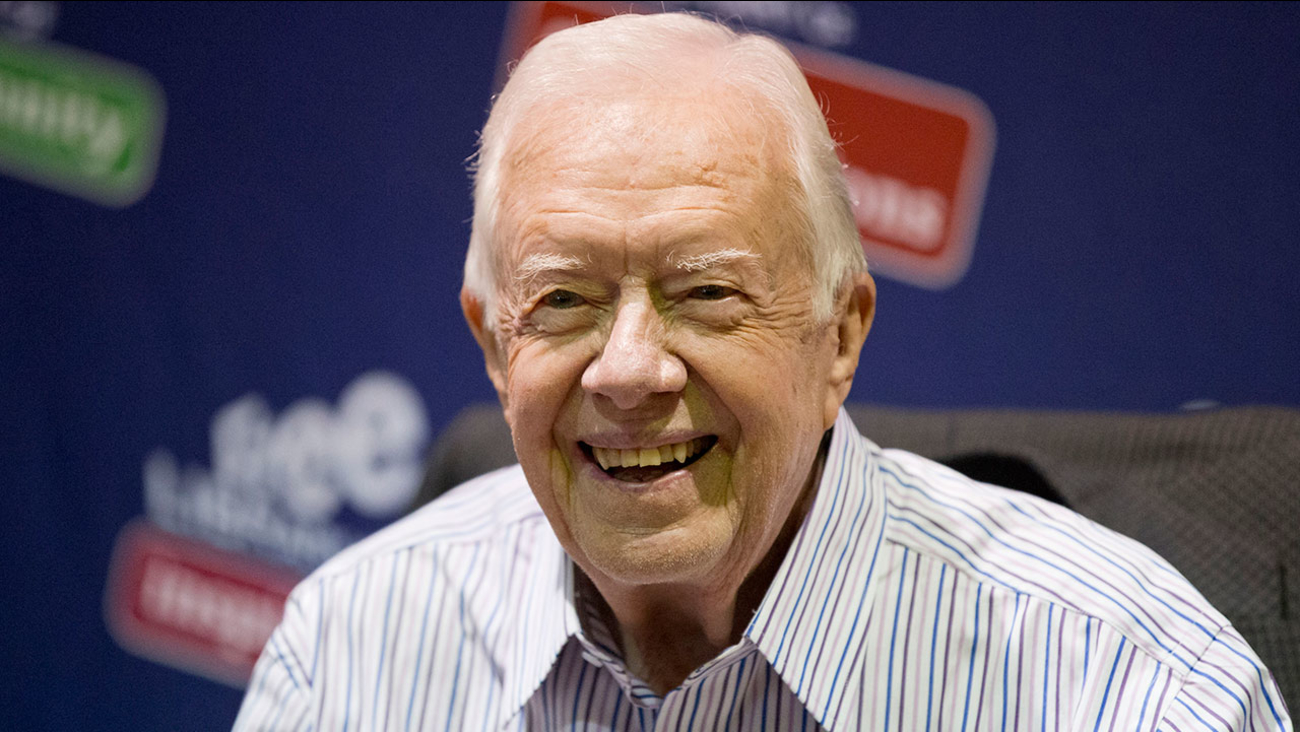 In this July 10, 2015, file photo, former President Jimmy Carter poses for photographs at an event for his new book "A Full Life: Reflections at Ninety" in Philadelphia. (AP Photo/Matt Rourke, File)

ATLANTA, GA -- Former President Jimmy Carter announced Thursday that he will begin radiation treatment on cancer that is on multiple spots on his brain.