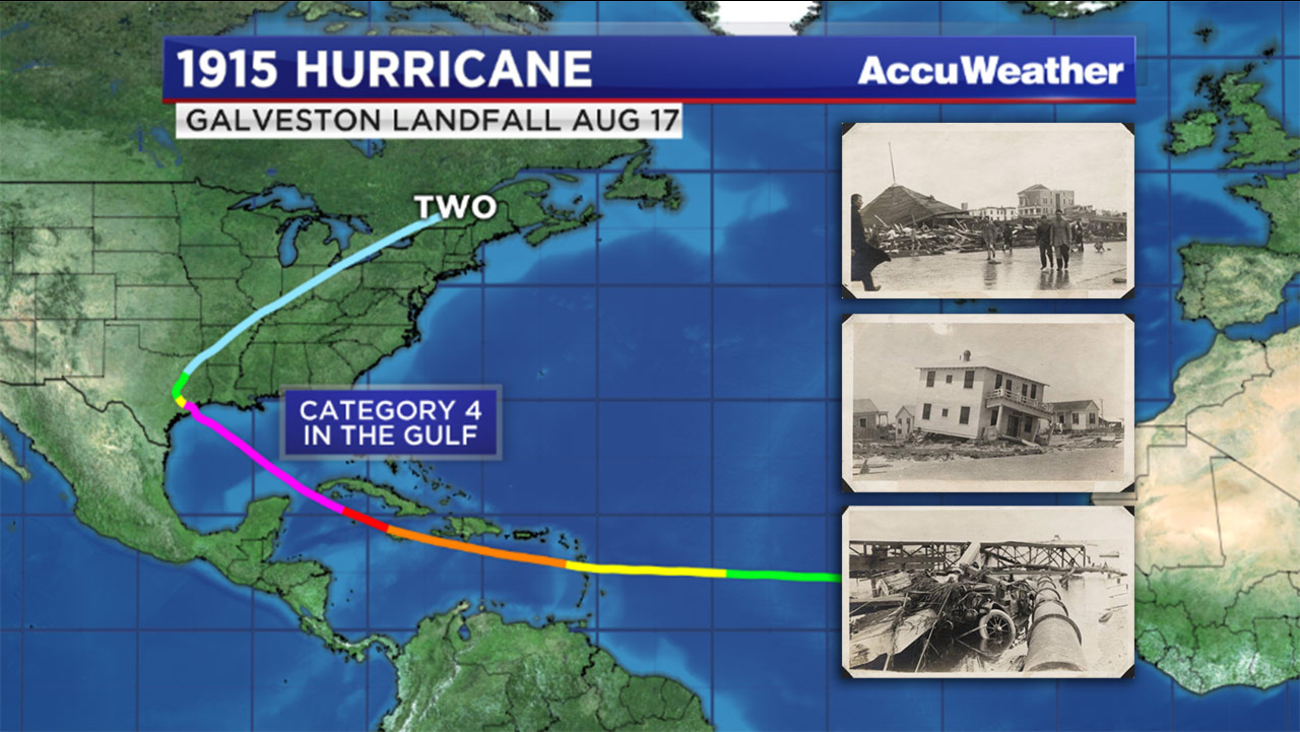 KTRK
By Travis Herzog
GALVESTON, TX (KTRK) -- Today is the 100 year anniversary of the 1915 Galveston Hurricane, which made landfall at category 4 wind strength with winds of 135 mph. Survivors of the 1900 hurricane said this one was just as powerful but lasted twice as long.


Amazingly, only 11 people died during this hurricane compared to the estimated 8,000 that died in the Great Galveston Hurricane of 1900. The lower death toll is credited to a 24 hour advanced warning and the newly constructed seawall, built in response to the deadly 1900 hurricane.

Houston recorded 80 mph winds but no fatalities. The storm wiped out most of the cotton crop in the eastern half of Texas and significantly damaged the corn and rice crops as it dumped almost 20" of rain.

It is estimated that if this same hurricane hit Galveston today, it would produce over $71 billion in damage on its way through Texas, making it one of the top 5 costliest hurricanes on record.