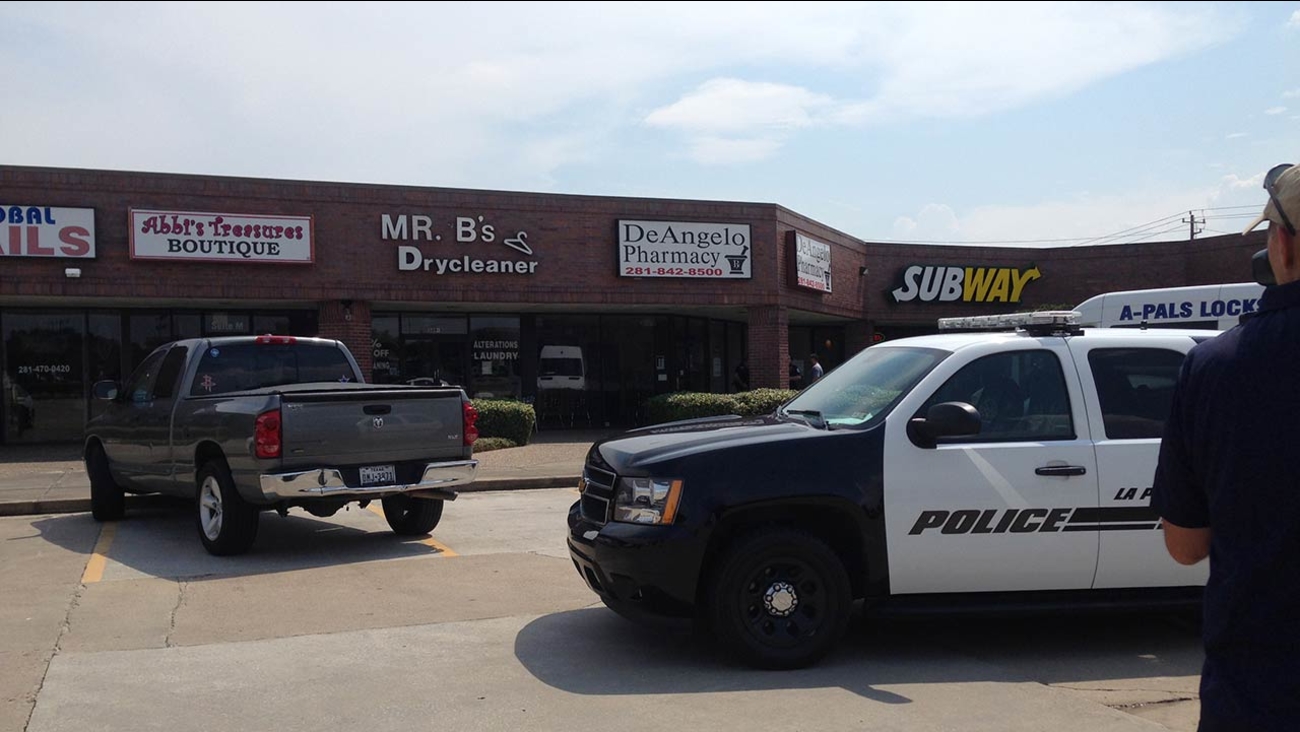 A SWAT standoff is over after a suspect inside a shopping strip gives up. (Christine Dobbyn/KTRK)