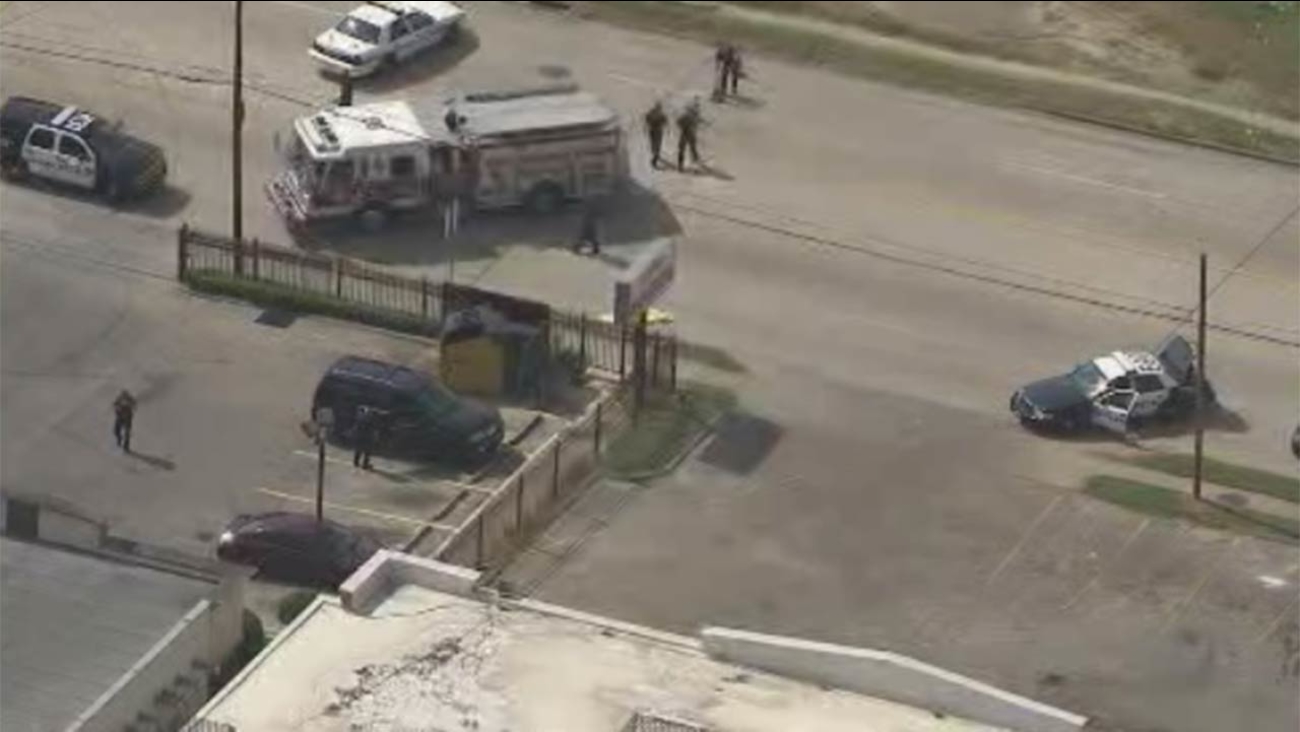 A person was found gunned down in a north Houston street.

HOUSTON (KTRK) -- Authorities are on the scene of a deadly shooting in northeast Houston.

HPD detectives said this appears to be a shootout between a victim and two masked men.

It happened in the parking lot outside of some businesses West Little York at Green Meadow.

Police say the two guys in masks approached the victim and tried to rob him.

That's when the victim turned the tables on them, firing his own weapon, and striking one of the bad guys. The injured suspect tried to run but didn't get far. He collapsed and died in the street.

His partner in crime police say left him there and drove off in a bronze or brown Buick. The victim drove away as well in a silver Pontiac, according to witnesses.

"It could have been a drug deal that went bad. It could have just been that he was scared in the shooting -- could be a very stressful situation for somebody," said Detective Michael Arrington with the Houston Police Department.

They still haven't identified the dead guy. But they did say that he's in his mid-20s.

Police are still looking to find that victim who shot him. An investigation is underway.