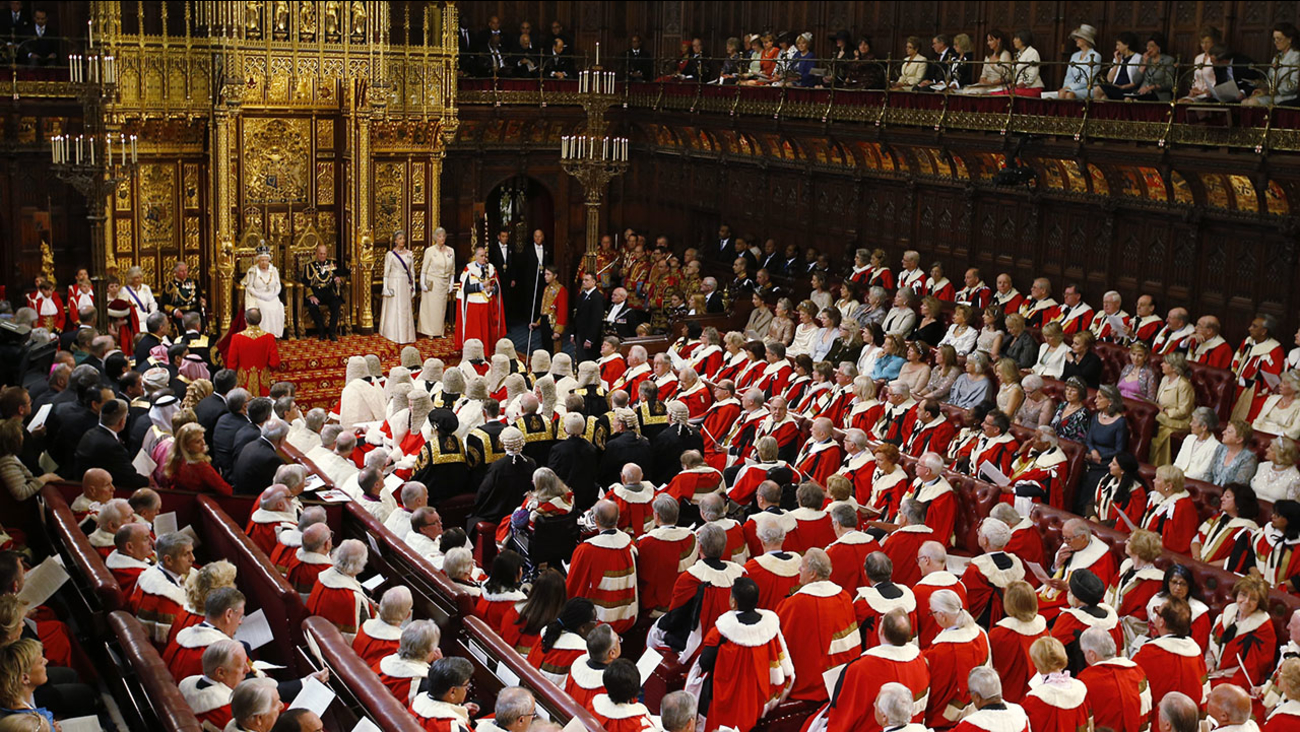 Britain's Queen Elizabeth II waits for lawmakers to arrive before delivering the Queen's Speech in the House of Lords (AP Photo/Alastair Grant, Pool)

LONDON, England -- The deputy speaker of the House of Lords has resigned his position after publication of photos and a video allegedly showing him using cocaine with prostitutes.

Lords Speaker Baroness D'Souza Sunday called John Sewel's alleged behavior "shocking and unacceptable" and said she is calling in police to investigate on an urgent basis.

She said Sewel has stepped down from his special position in Britain's upper house. He remains a member of the House of Lords.

The Sun on Sunday newspaper published photographs of him naked and appearing to snort cocaine along with snippets of his conversations with women said to be prostitutes.