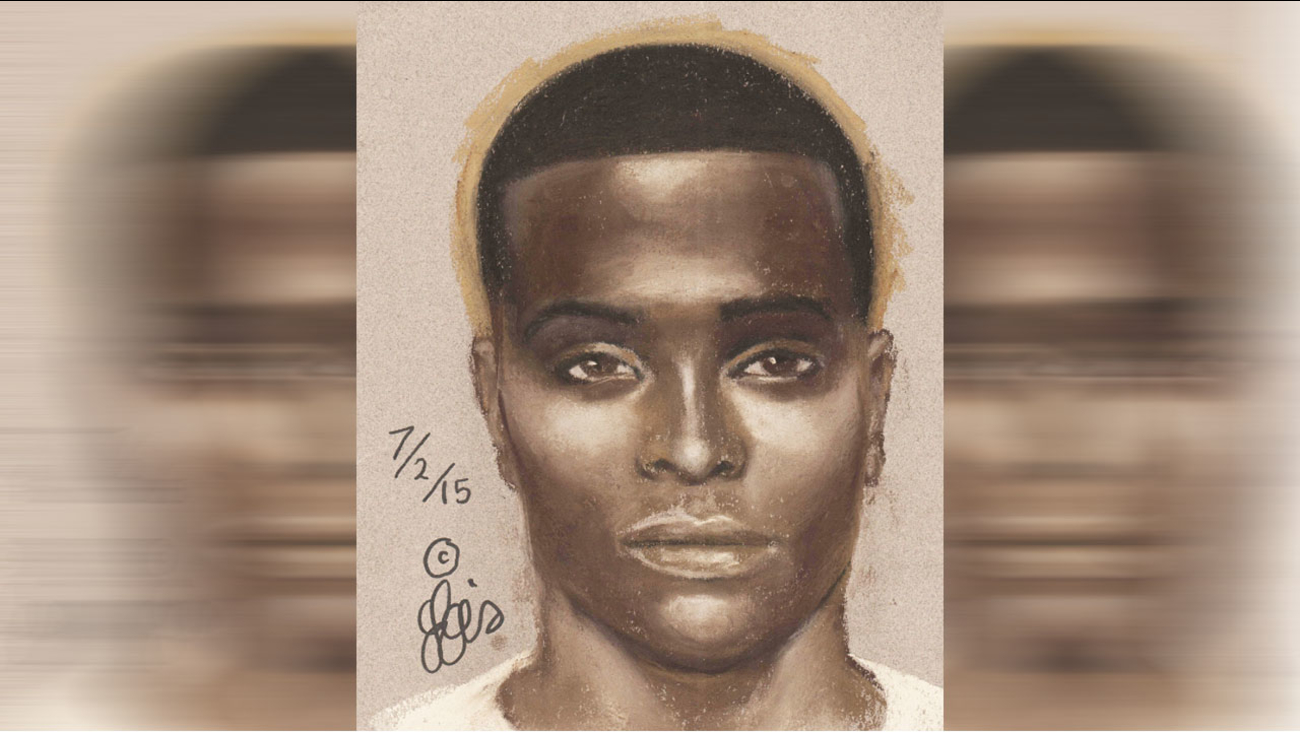 One of the suspects in this case is an African-American male with a skinny build about 5'5" to 5'5" tall. (Crime Stoppers/HPD)

HOUSTON (KTRK) -- A woman was sexually assaulted by two men in southwest Houston last month and now a $5,000 reward is offered in the case.

Houston police say on June 11 at 4:00am two men approached a woman while she was parked in the 6900 block of Cook Road. The man seen in the sketch above, police say, pointed a pistol at the woman and forced her into the back seat of her vehicle, a 2010 white Ford Fusion.

The men then drove to a deserted neighborhood and both of them sexually assaulted her, according to police. After the assault, the men took her purse and cell phone and then fled in her vehicle, leaving her stranded.

The woman's car was later recovered in the 10700 block of Valley Hills Drive near Paulwood Drive in southwest Houston.

The first suspect, seen in the sketch, is an African-American male with a skinny build about 5'5" to 5'5" tall. A description of the second suspect was not released by Crime Stoppers and Houston police.

Anyone with information about this case is urged to call the Crime Stoppers of Houston tip line at 713-222-TIPS (8477).