Tropical Storm Claudette forms in Atlantic; no threat to US 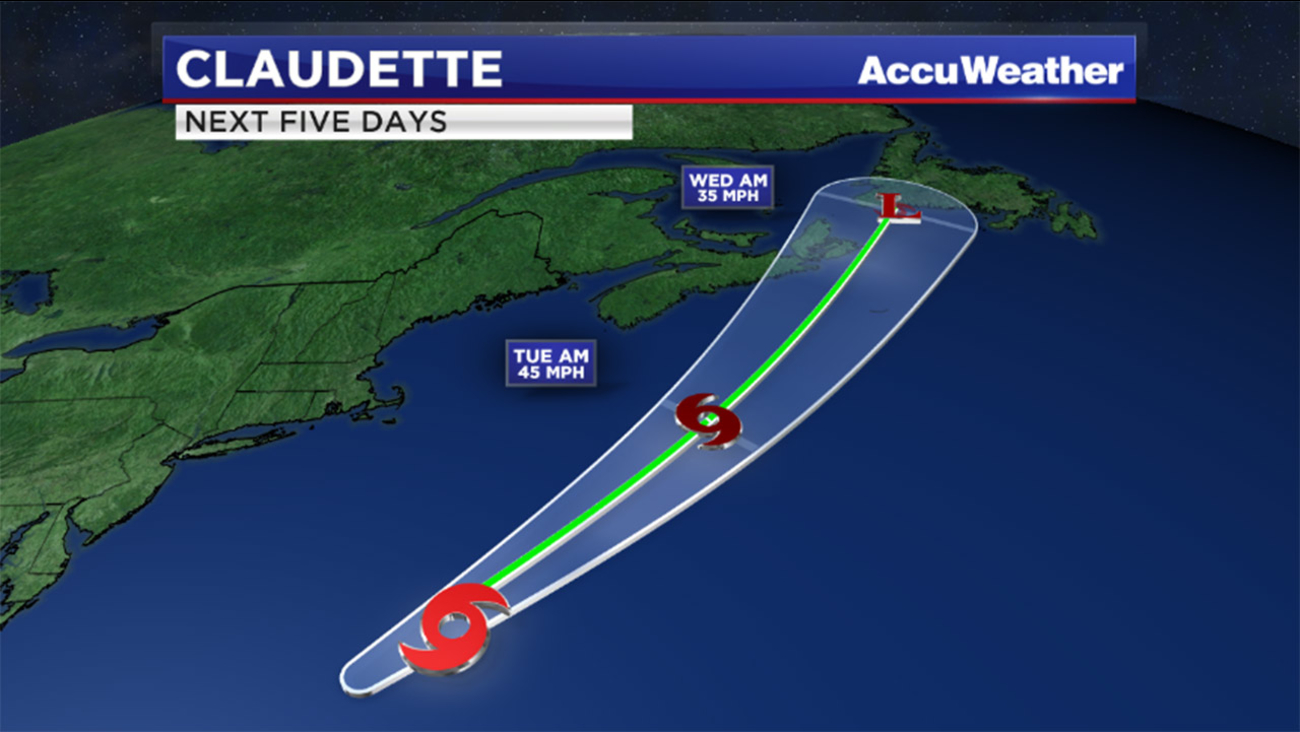 MIAMI, FL -- Tropical Storm Claudette formed over the Atlantic Ocean on Monday, though it is not expected to threaten the U.S.

The National Hurricane Center in Miami said Claudette remains well offshore, about 290 miles (465 kilometers) south-southeast of Nantucket, Massachusetts. The storm was moving to the northeast quickly, at about 15 mph (24 kph).

Forecasters say Claudette's top sustained winds were near 50 mph (85 kph), though the storm is expected to begin weakening by Tuesday morning.

Meanwhile, Tropical Storm Dolores is gradually strengthening in the Pacific and is expected to become a hurricane. A tropical storm watch is in effect from Punta San Telmo to Cabo Corrientes.

Dolores had maximum sustained winds of 70 mph (110 kph). The storm is centered about 170 miles (275 kilometers) southwest of Manzanillo, Mexico and is moving west-northwest at 12 mph (19 kph).

Another system, Tropical Storm Enrique, also churned over the Pacific but posed no threat.

Enrique has maximum sustained winds of 40 mph (65 kph). It's centered about 1,190 miles (1,915 kilometers) west-southwest of the southern tip of Mexico's Baja California peninsula and is moving northwest near 10 mph (17 kph).