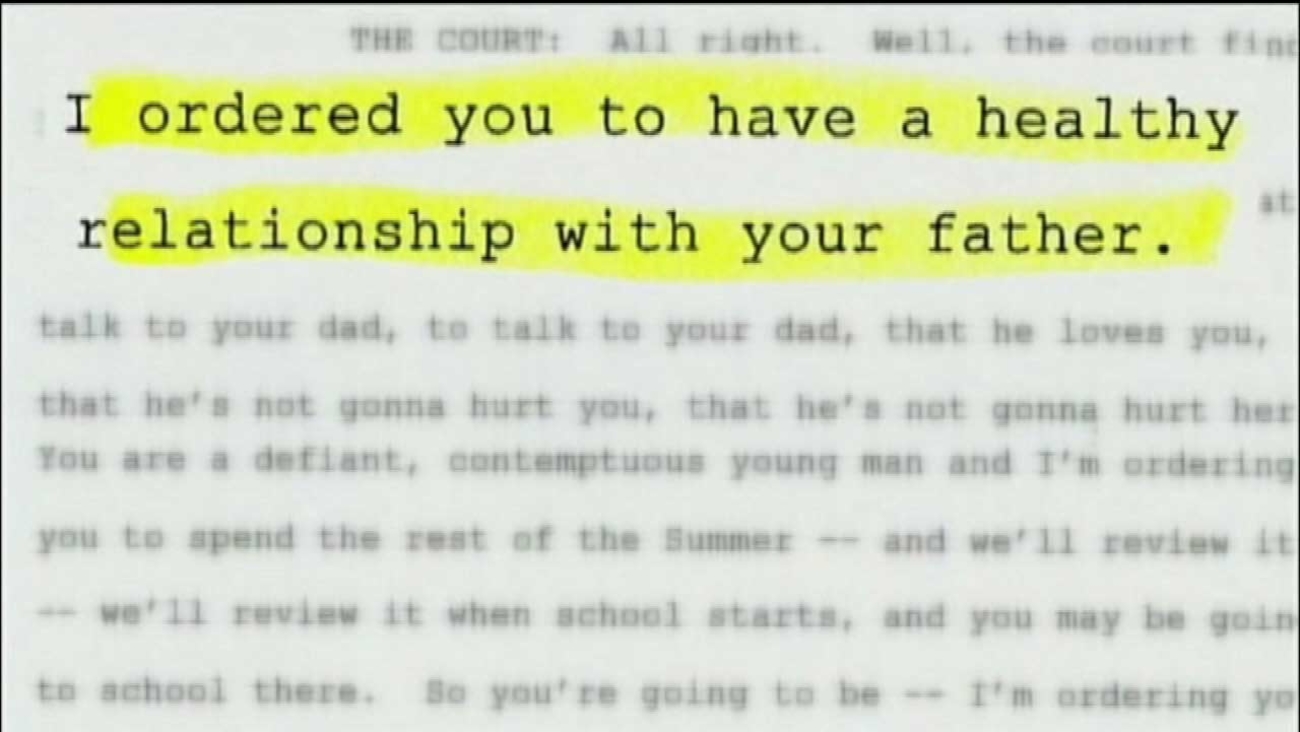 BLOOMFIELD HILLS, MI -- Three Bloomfield Hills, Michigan, kids who refused an order by a judge to go to lunch with their father are now being held at a juvenile detention facility, WXYZ-TV reports.

The Tsimhoni family was in Oakland County's family court for a hearing on supervised parenting time when Judge Lisa Gorcyca took matters into her own hands. June 24 court transcripts showed how upset the judge was. She ordered the Tsimhoni kids, ages 14, 10 and 9, to have a "healthy relationship" with their father.

She criticized them for avoiding him and even compared them to Charles Manson and his cult. Gorcyca then ordered the children to apologize and have a nice lunch with their dad. When they refused, Gorcyca held them in contempt and had each child hauled off to Children's Village's juvenile hall - until they are 18 years old.

Their mother, Maya Tsimhoni, admits the last five years have not been easy in and out of court through a messy divorce and allegations of parental kidnapping and alienation.

Her son at one point even tried to explain to the judge why he didn't want to spend time with his dad.

"Because he is violent and I saw him hit my mom," he said in court documents.

But Judge Gorcyca claimed he had been brainwashed.

Lisa Stern is now representing Maya, fighting to get her kids back and out of Children's Village, where they have been for over two weeks. The Tsimhoni kids are separated from both parents and now each other. Their mother isn't even allowed to visit.

According to documents, they do plan to be in court again to review this case in September. The judge wants the kids to change, but many feel this isn't the way.

The father is the only one that has the power to change it. If he feels the kids learned their lesson, he could have them released. But the day after the hearing, he left for Israel for work and is not expected back for two weeks.

Their mother appealed for an emergency hearing to the same judge, who has denied it.

Stern says she is asking the chief judge in Oakland County Family Court to review the case.