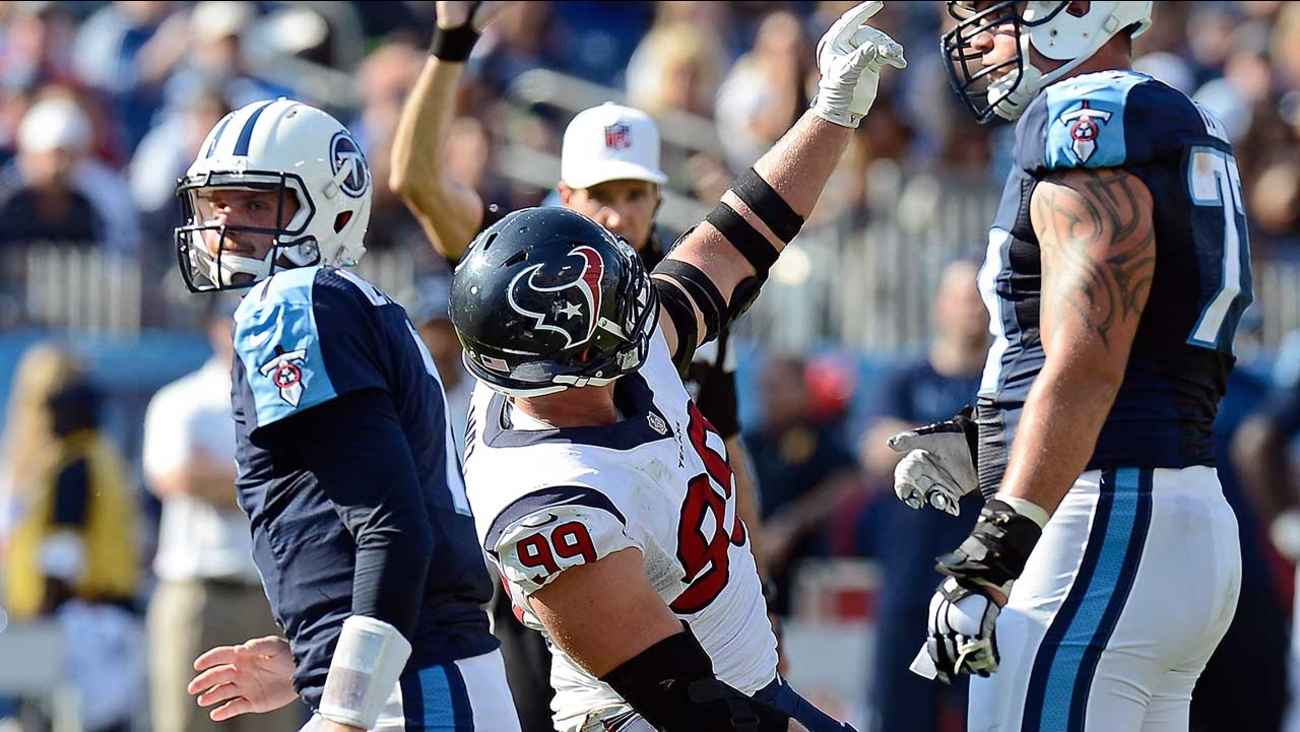 JJ Watt pretends to take a selfie with Titans QB Zach Mettenberger, who he had just sacked, during a game last October

HOUSTON (KTRK) -- On Tuesday, we reported how Titans QB Zach Mettenberger called the Texans JJ Watt 'high school-ish' for wearing a letterman jacket during the 2012 season. Mettenberger's comments came during an interview with the web site Campus Sports.

Well, it didn't take Watt long to respond. On Wednesday, the Texans star defensive end took to Twitter to fire back.

A lion doesn't concern himself with the opinions of a sheep. Time to attack the day.

The social media war between Watt and Mettenberger began last October when Watt pretended to take a selfie after sacking Mettenberger. Watt said he did it to poke fun at Mettenberger for taking selfies before the Texans-Titans game. It was Mettenberger's first career start.

"JJ had to say it's a bit high school-ish that I take selfies and I think he still rags me on Instagram every time he posts a selfie," said Mettenberger in the interview posted Tuesday. "At the same time, if that's high school-ish, he got a letterman jacket made, a Texans letterman jacket. That's pretty high schoolish to me, don't you think?"

The full interview can be seen below.