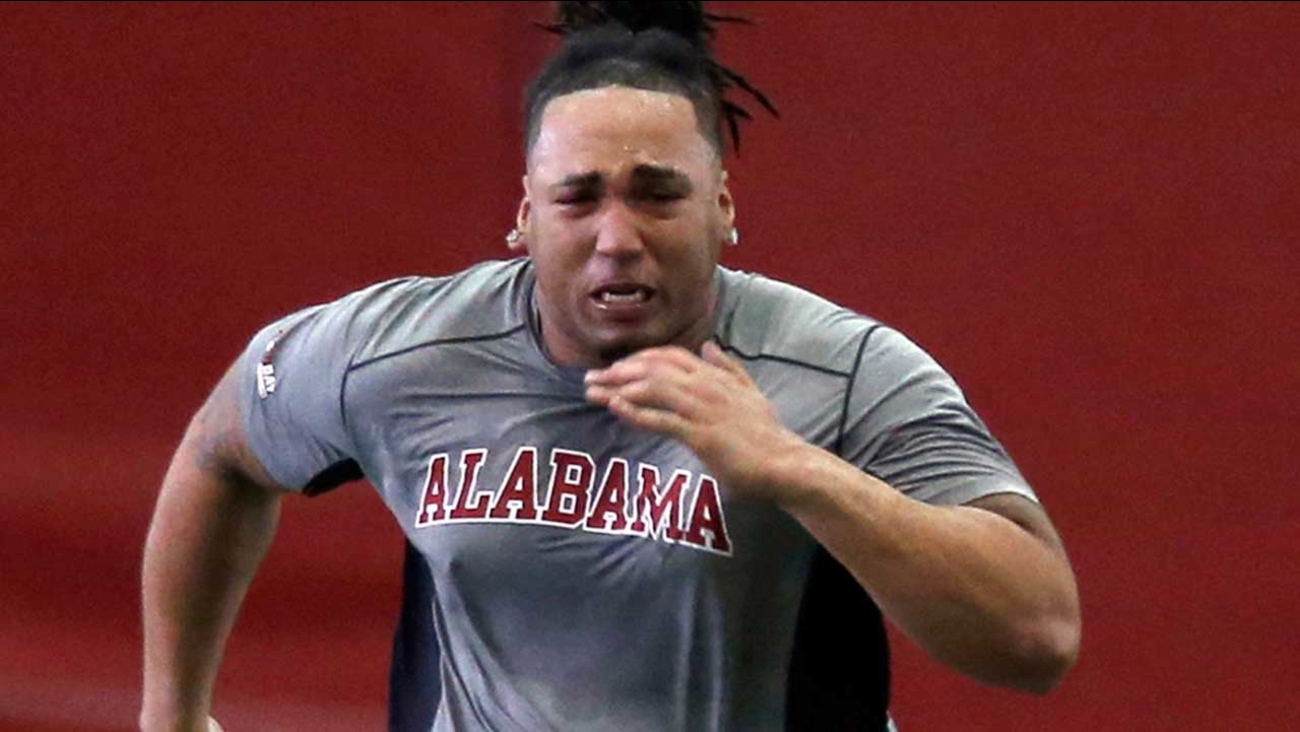 HOUSTON (KTRK) -- A day after we learned rookie free agent Brandon Ivory was charged with burglary, the Texans cut ties with him.

This afternoon, the Texans announced that they've waived Ivory.

According to police, Ivory and Nicholas Gerald Gibson III kicked in the back door of a home. One was armed with an assault rifle and one armed with a knife. They reportedly assaulted one victim and took cash and two iPads. The TPD is not releasing which suspect held which weapon.

Ivory signed as an undrafted free agent with the Texans this May. He spent five seasons at Alabama, becoming a full-time starter during his redshirt junior year in 2013.