Video shows the people being escorted out of the former sports arena amid cheers. Osteen is seen at the pulpit saying, "Thank you all for your patience and we'll just continue to receive what God has for us. It's a good day to be alive." 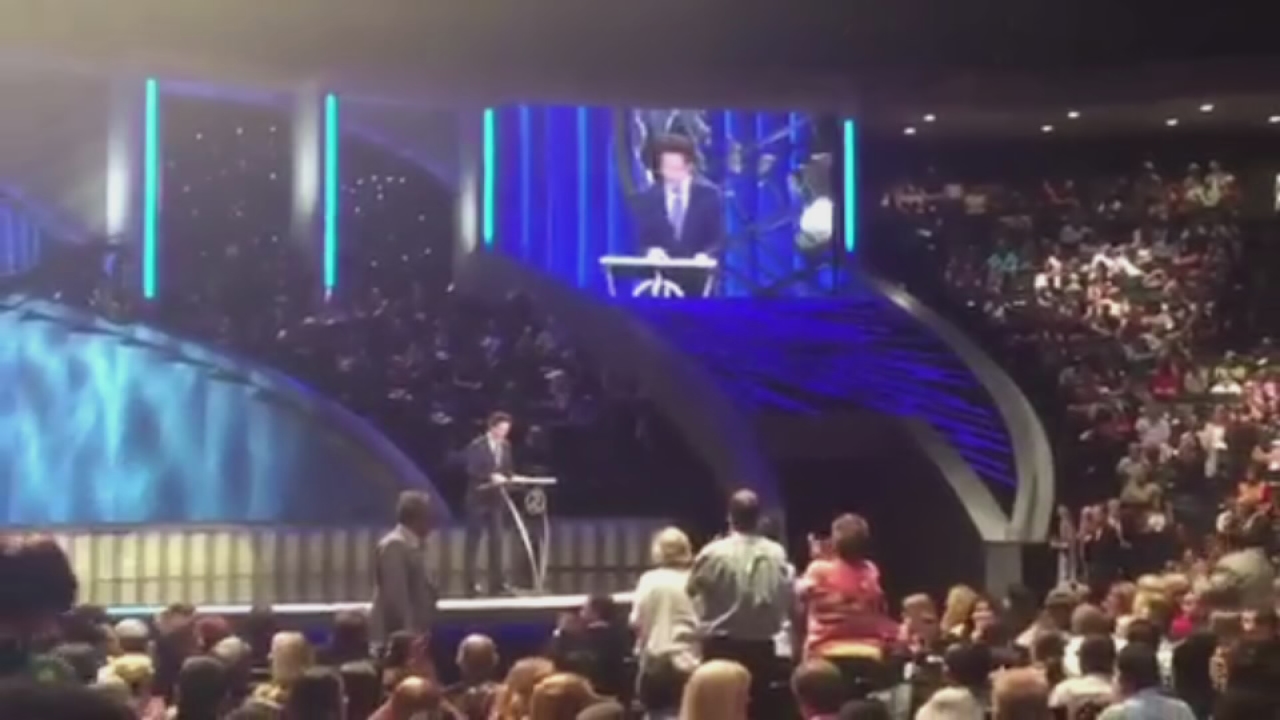 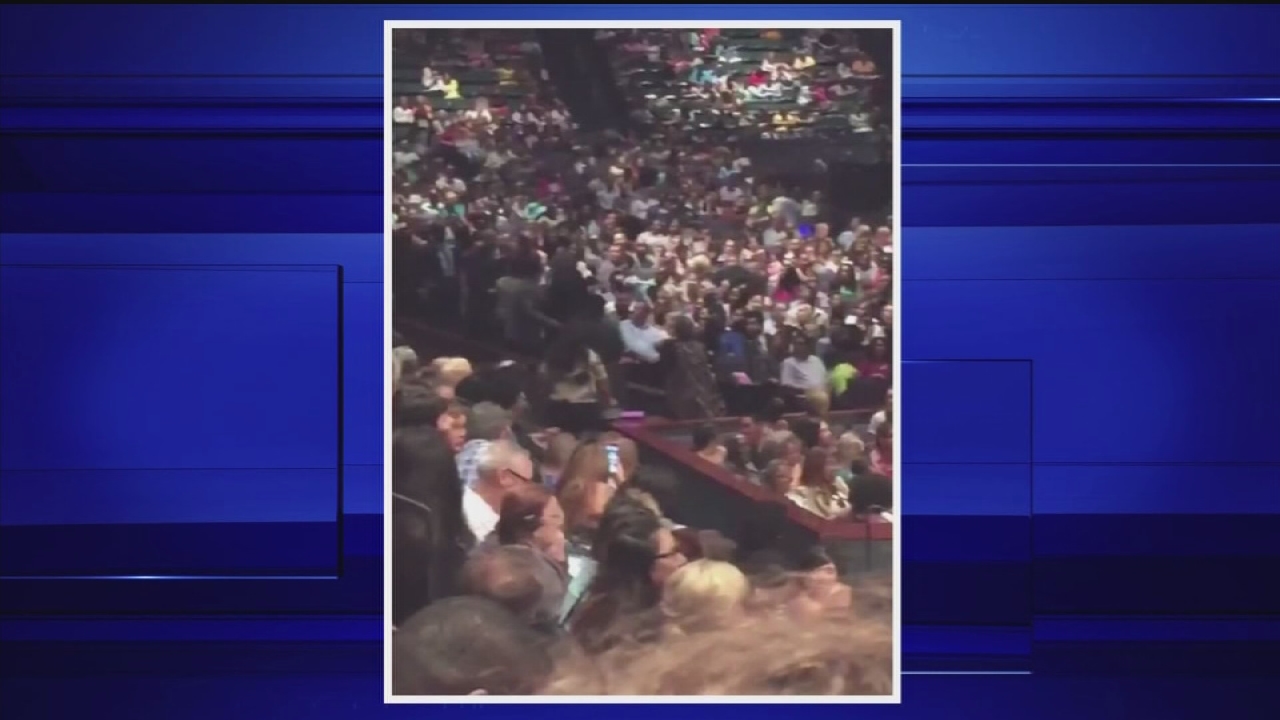 A Lakewood member with whom we spoke says no one is sure what they were protesting, but it may be related to last week's Supreme Court decision on same-sex marriage.

We've learned that the protestors who disrupted one of our Sunday morning services were the leaders of a small controversial church in Nacogdoches, Texas called The Church of Wells. This group is known for protesting many Christian Churches with whom they don't agree. The six protestors were arrested by Houston Police and are being charged with criminal trespass. Lakewood Church takes the disruption of our services seriously and plans to pursue criminal charges, as well as all other legal remedies against these individuals and the Church of Wells.

A significant number of Lakewood's ushers and security team members are Police and Sheriff's officers who attend Lakewood regularly. These officers were efficient and quick in responding to the situation and, along with Lakewood's leadership will continue to be vigilant in the security and protection of Lakewood Church and its members.