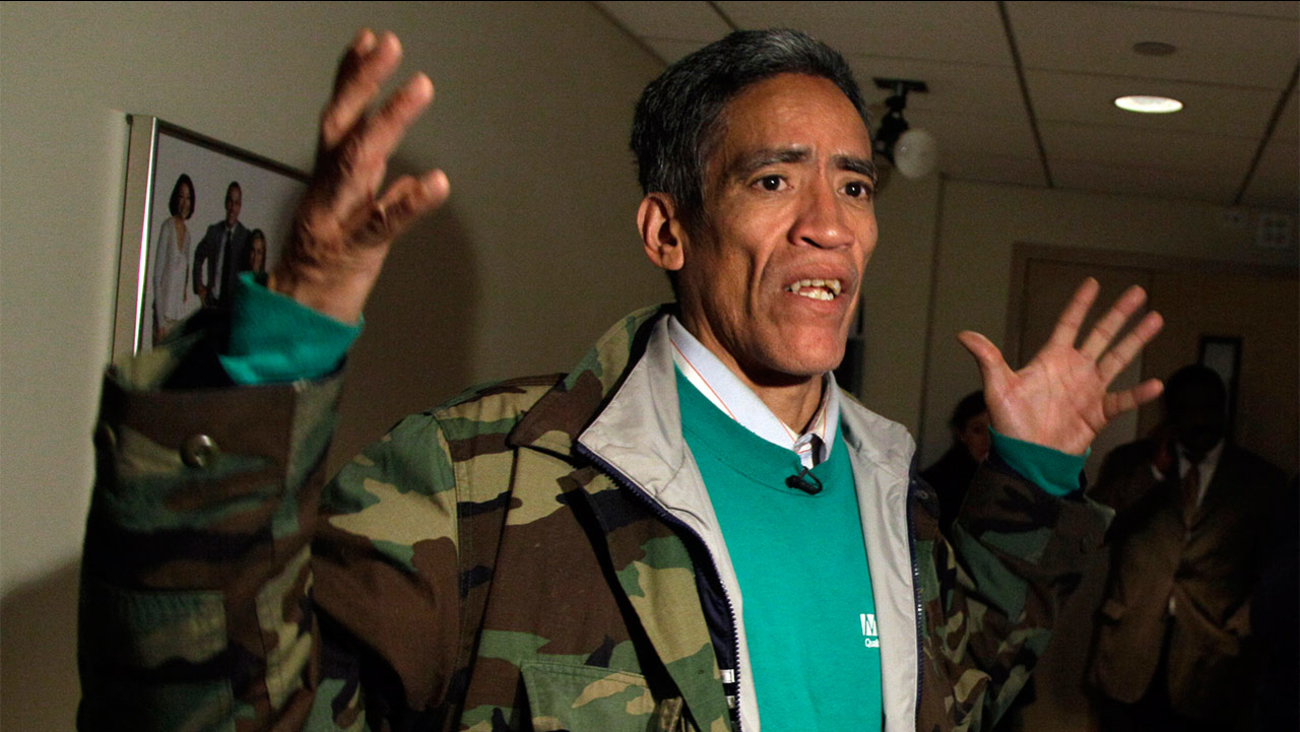 Ted Williams is a homeless man from Columbus, Ohio, whose deep, velvety voice and touching story prompted an outpouring of sympathy and job offers from across the country. (AP Photo/Richard Drew)

AP
COLUMBUS, OH -- A once-homeless Ohio man whose smooth radio voice made him an Internet sensation says he's running for president as an independent.

Ted Williams was propelled into the spotlight in 2011 after he appeared in a video by The Columbus Dispatch panhandling on a highway ramp with a sign advertising his golden voice. The video's millions of views led to national television appearances and earned Williams numerous voice-over jobs.

Williams announced his plans this week on Scott Spears' "Now" radio program on WWGH-FM in Marion.

Williams says he hasn't established a campaign staff and won't elaborate on fundraising efforts. He says he plans to focus on fair housing, veterans' issues, jobs and improving schools.