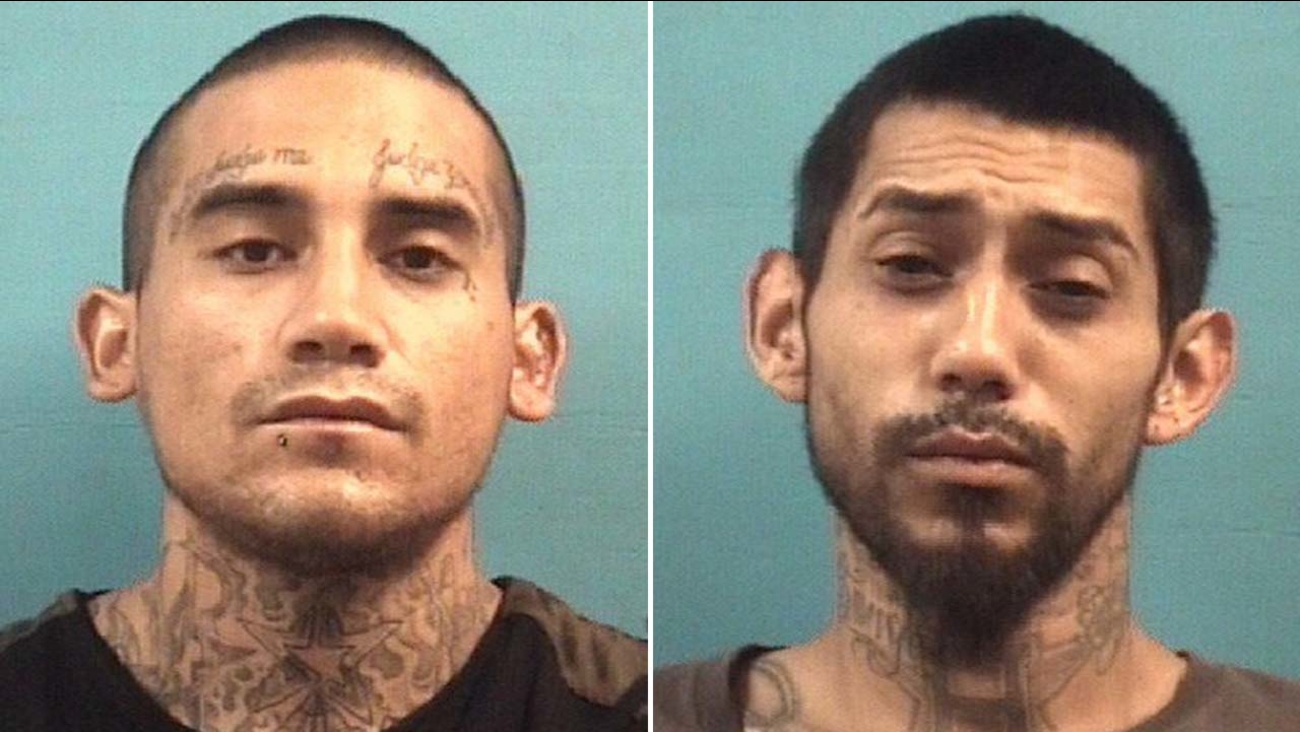 PEARLAND, TX (KTRK) -- A police chase ended Friday with the arrest of two men, accused of stealing from car wash patrons in Pearland.

Justin Christopher Deleon, 26, and Daryl Lee Saavedra, 26, were arrested and charged with aggravated robbery, after police say they robbed people at a car wash in the 4600 block of Broadway Street around 2:30pm, taking wallets and jewelry.

Police say one of the suspects fired a gun during the robbery and then they took off with the stolen items in a silver vehicle.

But their time on the run was short-lived, according to Pearland police. A Brazoria County Sheriff's deputy spotted the suspects' vehicle and gave chase westbound on FM 517. The chase ended when the suspects rear-ended another another vehicle on the Gulf Freeway near El Dorado.

Police say Deleon and Saavedro fled the crash on foot, but were arrested shortly after. They suspects as well as the people in the other vehicle were not hurt in the crash, according to police.

In addition to the aggravated robbery charge, the suspects will face an evading arrest from the Brazoria County Sheriff's Office. Both suspects also had outstanding warrants at the time of arrest: Deleon had a Parole Revocation warrant and Saavedra had a theft warrant.

Deleon and Saavedra are at the Pearland Police Department ahead of arraignment.