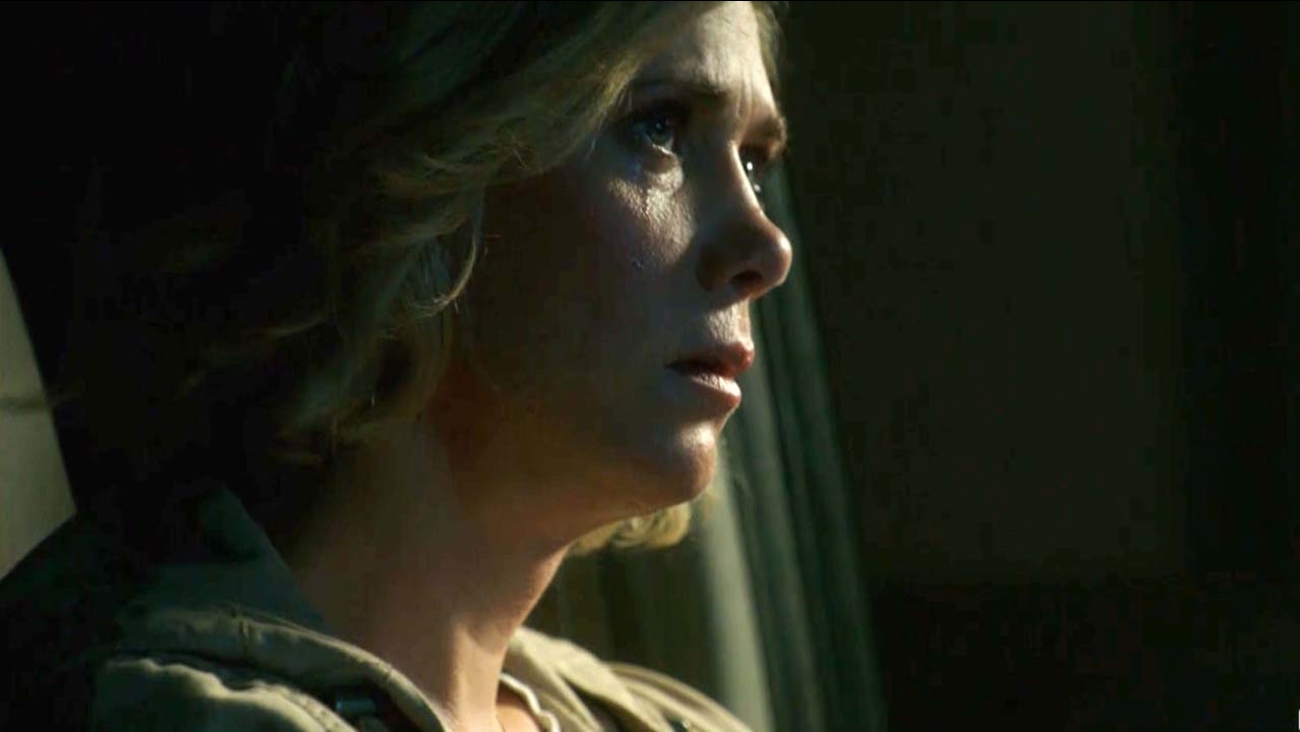 Kristin Wiig appears in a scene from "A Deadly Adoption," (Lifetime via AP)

NEW YORK -- The Lifetime movie that Will Ferrell and Kristen Wiig denied would ever happen aired Saturday night - and their denial is now easy to understand. It was lousy.

Or, if nothing else, it aired on the wrong network. It belonged on Comedy Central.

It's hard to fathom what Ferrell, Wiig and their co-conspirators on "A Deadly Adoption" had in mind: Was it a misbegotten homage to the cheesy melodramas Lifetime specializes in, or an extended "Saturday Night Live" spoof mocking Lifetime on its own airwaves?

Certainly the people responsible for "Deadly" weren't explaining. In fact, they seemed to want to air this trifle without anyone noticing.

A few weeks ago, Ferrell and Wiig announced they were abandoning plans for what they termed a "secret" project after its existence was leaked to the public. The implication: Their anticipated film, having been exposed, was being scrapped.

Too bad it wasn't. But Lifetime swiftly acknowledged the film was safely in the can and would be broadcast in the not-too-distant future. Why its stars lied to their fans was never clarified.

The film was not made available for preview (no wonder), nor did anyone associated with it submit to an interview.

What Wiig and Ferrell did do was inflate with their inarguable star power an otherwise negligible story, inspired by a real-life story, which doesn't save it from being cliche: An expectant mother loses her child in a ridiculous mishap and, unable to get pregnant again, she and her husband welcome a pregnant young woman (Jessica Lowndes) into their household in the hopes of adopting her unborn child.

The new arrival (the pregnant woman, that is) presents herself as a winsome goody-two-shoes but is also, of course, a psycho-seductress with her eye on Ferrell's rich, successful author.

"You leave her alone in the house with (your husband)?" a chum of Wiig's clueless wife asks in amazement.

Guess what? The pregnant young woman has been faking her pregnancy. Then she and her low-life boyfriend kidnap the couple's six-year-old daughter to hold her for ransom.

Never mind the rest. It just got worse and worse.

Wiig is appealing no matter what she does, no matter how threadbare the project, and she did her best here under thankless circumstances.

The real fault of "A Deadly Adoption" lay in the script and, most dramatically, in Ferrell's performance. He didn't bother committing either way to the material: Was he trying to play it straight and failing, or playing it ironically and failing?

The answer to that will likely remain a secret for anyone who stumbled across "A Deadly Adoption." Too bad this deadly dull film didn't stay a secret from the viewers.
Related topics:
arts & entertainmentu.s. & world
Copyright © 2021 by The Associated Press. All Rights Reserved.
More Videos
From CNN Newsource affiliates
TOP STORIES