'Jurassic World' bites off biggest global bow of all time 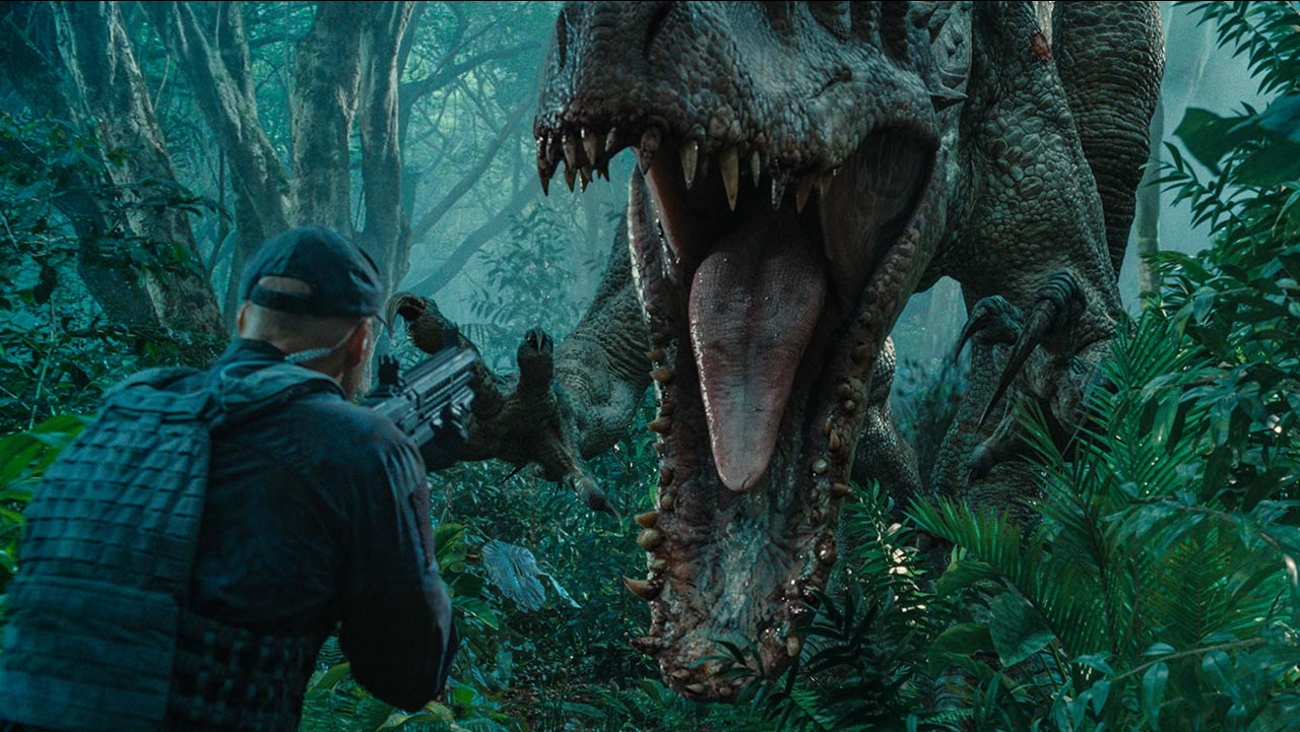 This photo provided by Universal Pictures shows, Indominus Rex about to attack in a scene from the film, "Jurassic World," directed by Colin Trevorrow (ILM/Universal Pictures/Amblin Entertainment via AP)

LOS ANGELES, CA -- Dinosaurs are anything but extinct at the box office.

"Jurassic World," the fourth film in the series, became the highest global opener of all time with a staggering $511.8 million in its first days in theaters.

It also devoured a number of domestic box office records with a $204.6 million take, according to Rentrak estimated on Sunday.

In addition to setting a record for 2015, "Jurassic World" is now the second-highest domestic opening of all time, right behind "Marvel's The Avengers" which took in $207.4 million in 2012. By the time Monday actuals roll in, there is a chance the film could dethrone "Avengers."

It's been 14 years since there has been a new "Jurassic" film in theaters, and the combination of cinematic grandeur, nostalgia and awareness helped "Jurassic World" far surpass analyst predictions going into the weekend, which had the film on track for a $125 million opening.

Universal Pictures and Legendary co-financed the $150 million, PG-13 rated film. Audiences in every quadrant turned out to see the film in theaters. According to exit polls, 39 percent were under the age of 25, signifying the massive interest of both a new generation and the continued enthusiasm of those who saw "Jurassic Park" in 1993.

Also, audiences shelled out the extra money to see the film in the biggest format possible. Approximately 48 percent of domestic audiences opted for 3D.

"It is extraordinary. The film has resonated with audiences around the world," said Nick Carpou, Universal's President of Domestic Distribution.

Directed by Colin Trevorrow and executive produced by Steven Spielberg, "Jurassic World" is the third in a series of blockbusters for star Chris Pratt, who also starred in the 2014 box office hits "Guardians of the Galaxy" and "The Lego Movie."

This is also likely not the last "Jurassic" film audiences will see. Pratt has stated in interviews that he has signed on for future installments, but right now, Universal is focusing on what's in theaters.

"Jurassic World" is just the latest hit for Universal in 2015, following "Fifty Shades of Grey" and "Furious 7."

No studio even tried to compete with the unbeatable dinosaurs this weekend, and thus holdovers populated the rest of the top five. Melissa McCarthy's "Spy" earned $16 million in its second weekend in theaters, bringing its domestic total to $56.9 million. "San Andreas" added another $11 million, and "Insidious Chapter 3" and "Pitch Perfect 2" took the fourth and fifth spots, with $7.3 million and $6 million, respectively.

The dino-sized debut of "Jurassic World" is of utmost importance to the industry, too, which has seen three consecutive down weekends in what was supposed to be a record-setting summer.

"We got the wind back in the summer sails," said Dergarabedian citing upcoming films like "Inside Out," ''Mission: Impossible-Rogue Nation," and "Ted 2" as some of the big films on the way. "This gets the summer back on track."