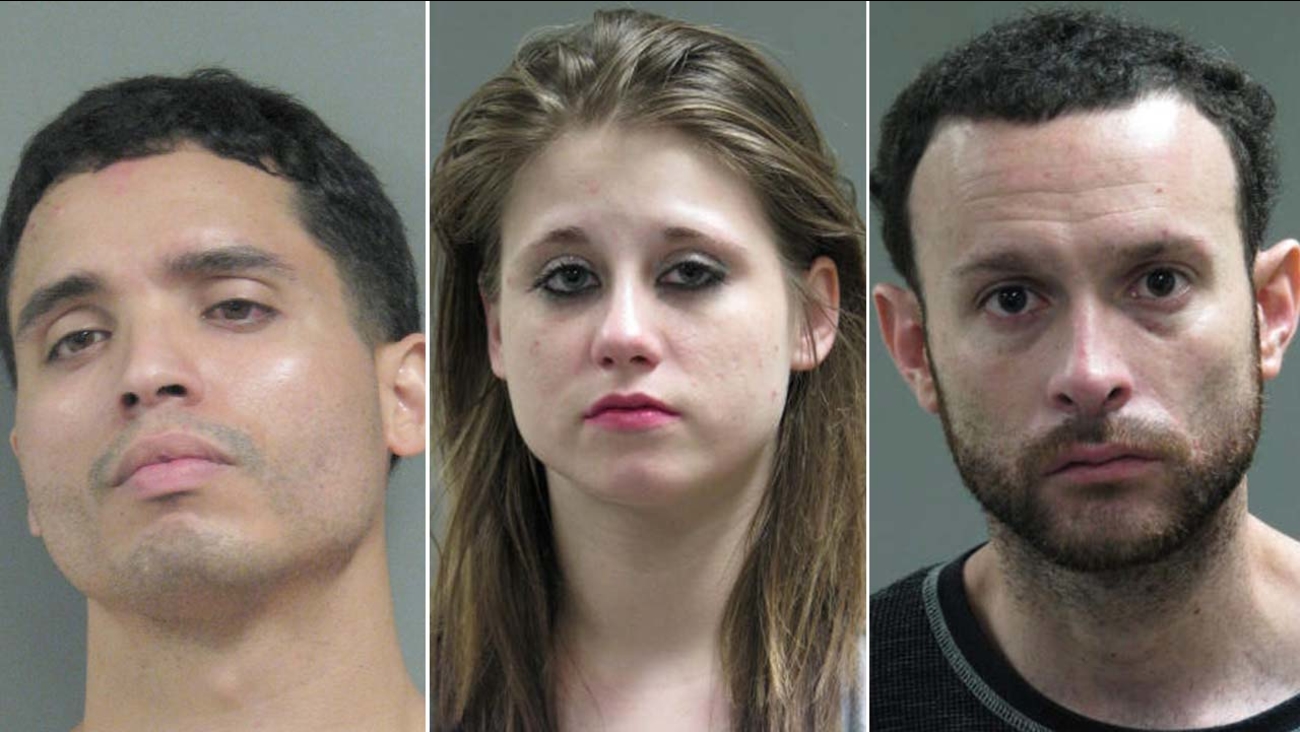 ROSENBERG, TX (KTRK) -- A cache of weapons, drugs and other crime-related equipment were discovered during the arrest of three Houston home invasion suspects yesterday, according to Rosenberg police.

Police say they made the find when they stopped a vehicle in the 1300 block of Avenue H for a minor traffic violation.

Isaac Prestamo, 32, Miguel Velasquez, 30, both from Houston and Meghan Alexander, 21, of Conroe, are now in police custody.

Prestamo was charged with Manufacture/Delivery of Controlled Substance, Unlawfully Carrying of a Weapon, Tampering with Identification Numbers, Unlawful Use of Criminal Instruments, Resisting Arrest and Possession of Marijuana.

Meghan Alexander was charged with Possession of Marijuana.

All three were transferred to Fort Bend County Jail and are awaiting bonds to be set.

Rosenberg police say they are working with the Houston Police Department, the Bureau of Alcohol, Tobacco and Firearms (ATF) and the Secret Service to further investigate whether the trio were involved in any other criminal activities.