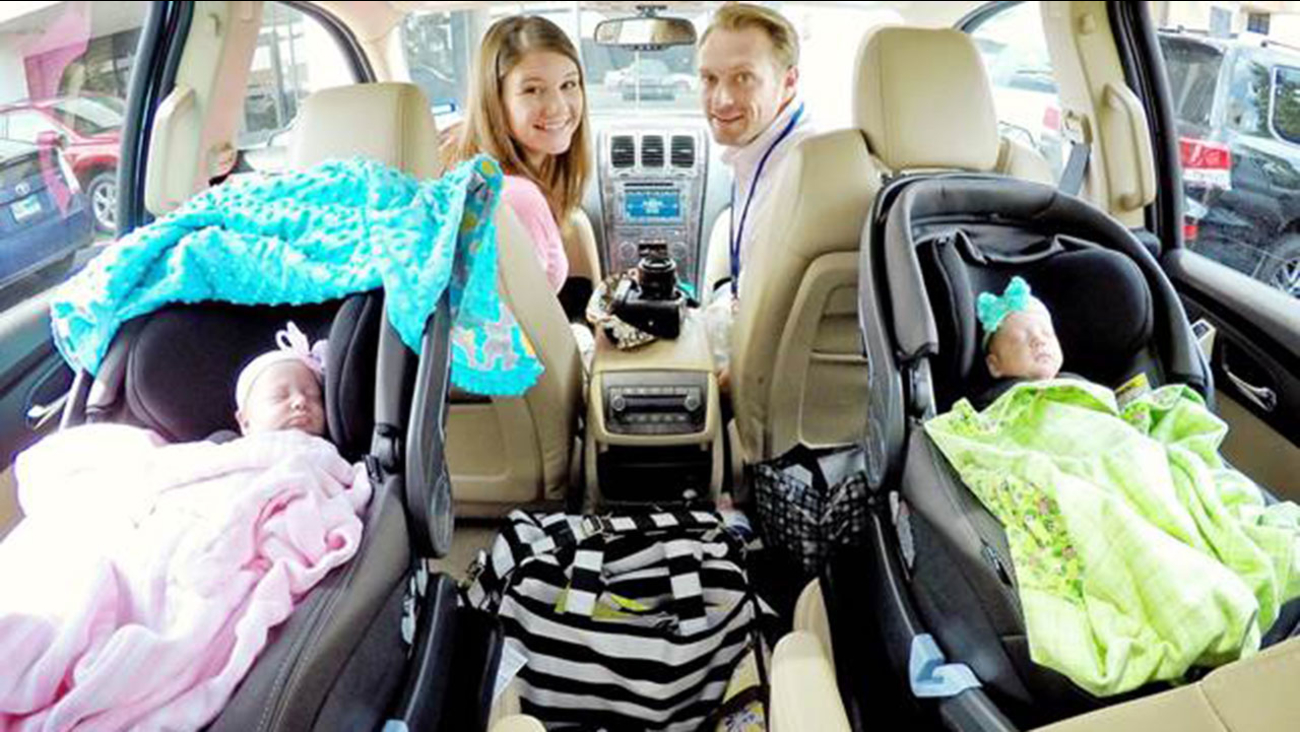 HOUSTON (KTRK) -- Two of the world's first set of all-female quintuplets to be born in decades are finally going home.

According to their father, Adam Busby, two of the babies are going home at the end of the week, and two more are expected to be released next week. They were welcomed into the world at Women's Hospital of Texas in Houston last month.

On April 8 at around 4:41pm, Danielle Busby gave birth to Olivia Marie, Ava Lane, Hazel Grace, Parker Kate and Riley Paige. The newborns arrived by C-section at 28 weeks and 2 days. According to Women's Hospital, it took only four minutes for all five to arrive.

The last time a set of all-female quintuplets were born was 1969 and it had never happened in the United States.

According to the most recent information from the National Center for Health Statistics, the number of quintuplets and other higher order births in 2013 totaled only 66 nationwide.