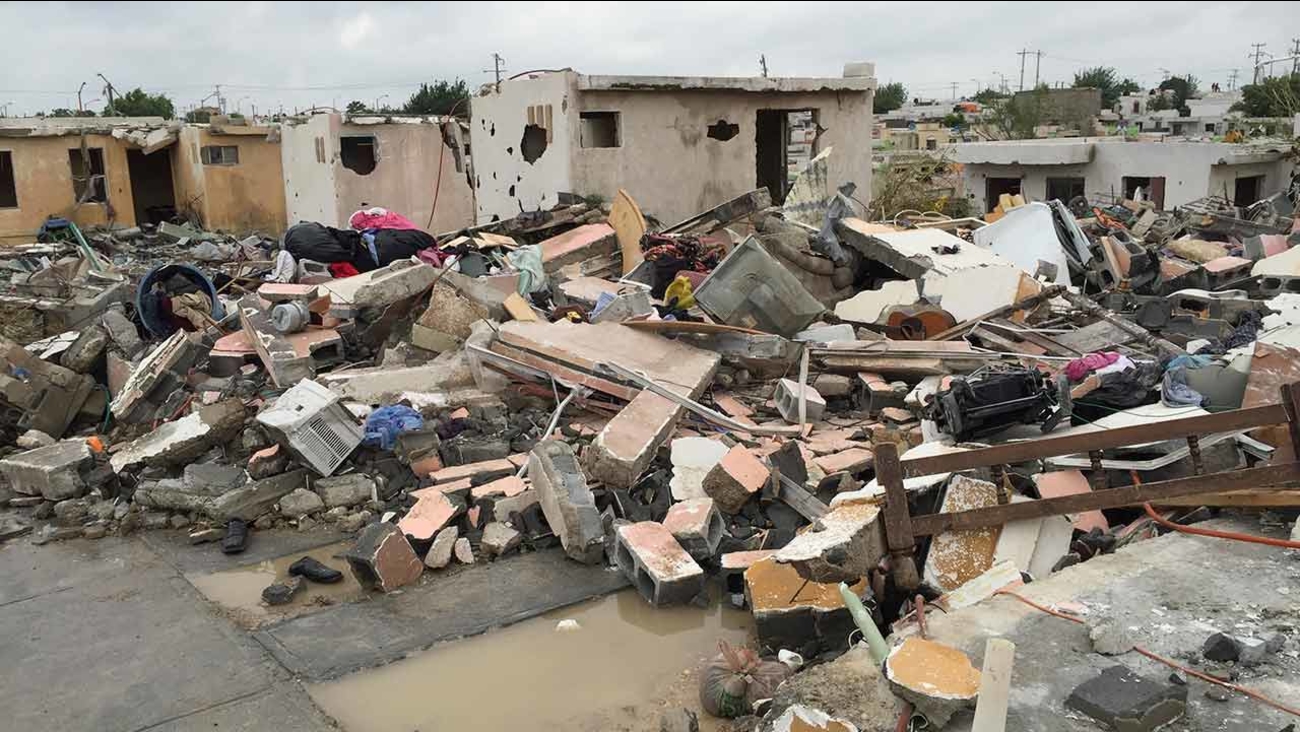 Damaged homes stand next to others that were razed when a powerful tornado touched down in Ciudad Acuna, northern Mexico, Monday, May 25, 2015 (AP Photo)

Rosario Cano, spokeswoman for the interior department of the northern state of Coahuila said 10 people had been confirmed killed so far in the twister, which struck around 6:40 a.m. Central time.

Photos from the scene showed cars with their hoods ripped off, resting upended against the facades of one-story houses.

One car's frame was literally bent around the gate of a house.

A bus was seen flipped and crumpled on a roadway.

Ciudad Acuna is a city of about 100,000 across the border from Del Rio, Texas.

Cano said top state officials had set out to review the damage and coordinate response to the disaster.