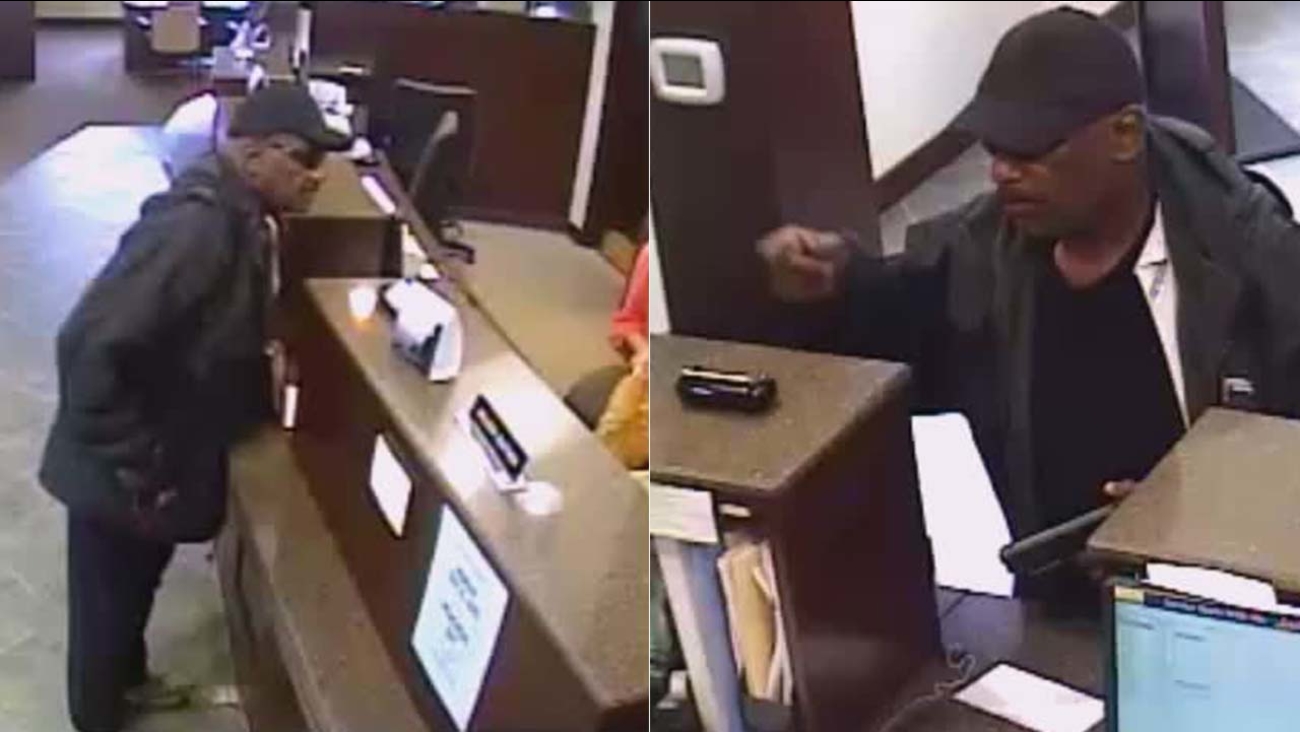 PEARLAND, TX (KTRK) -- A serial bank robber is on the loose and the FBI and Pearland Police are asking for your help to find him.

The armed gunman -- whose identity is unknown at this time -- is believed to be responsible for at least two Pearland area bank robberies within the past six months.

Crime Stoppers of Houston will pay up to $5000 for information leading to the identity and arrest of the wanted bank robber.

The man is wanted in connection with an armed robbery on May 19 at a Prosperity Bank in the 11000 block of Broadway in Pearland. After robbing a teller at gunpoint and getting away with an undisclosed amount of cash, the robber left the area in an unknown vehicle parked nearby.

The same gunman is believed to be responsible for a similar robbery at the nearby Frost Bank in the 11000 block of Broadway on December 16, 2014.

No one was hurt in either robbery.

The suspect is described as a black male in his late forties to fifties, approximately 5'10" and weighing about 200 to 220 pounds. He wore a black cap, black sunglasses, a black shirt, black pants, black jacket, and white athletic shoes. During the bank robbery, he brandished a black pistol.

Anyone with information about the bank robber should call Crime Stoppers of Houston at 713-222-TIPS (8477). Tips may also be submitted online at www.crime-stoppers.org, or sent by text message: text TIP610 plus your tip to CRIMES (274637). All tipsters remain anonymous. Tipsters may also contact Pearland Police Detective C. Turner at 281-997-4204, or contact the Houston office of the FBI at 713-693-5000.