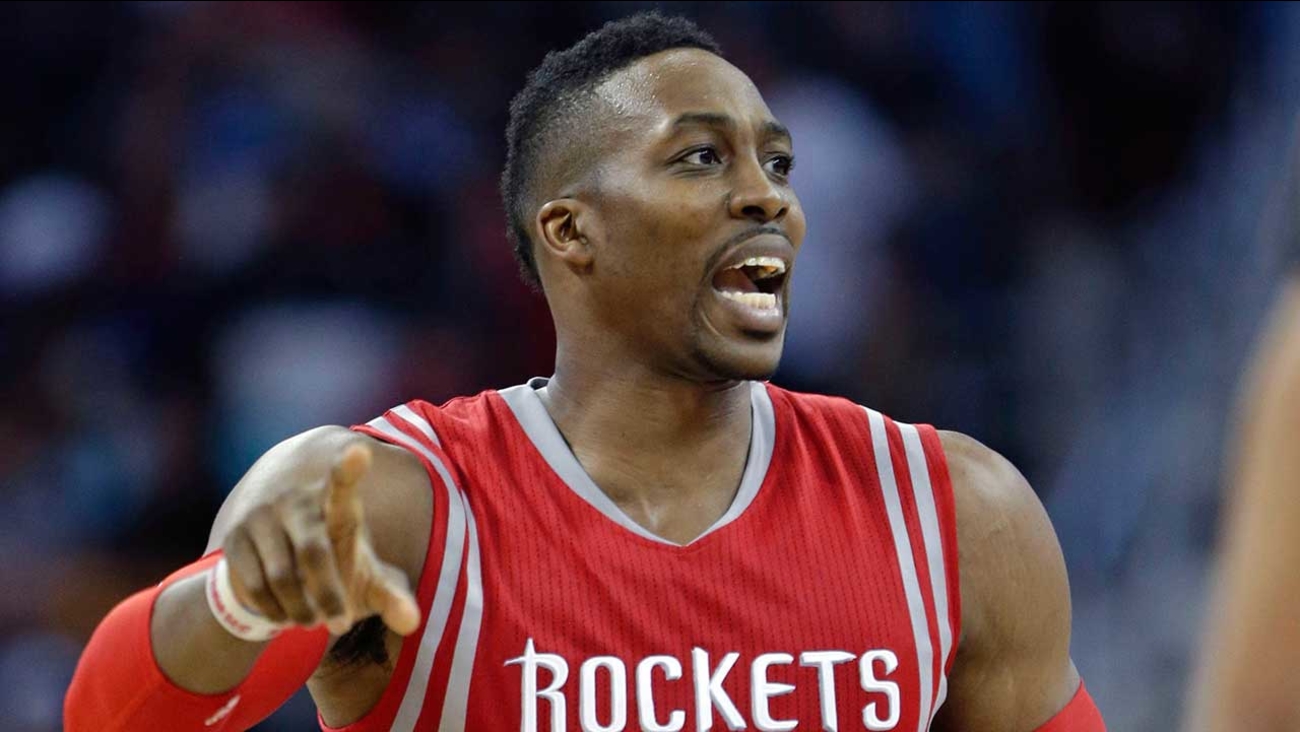 OAKLAND, CA -- Dwight Howard has been listed as questionable for tomorrow's Game 2 against the Golden State Warriors with a sprained left knee.

At the halfway point of the first quarter, Josh Smith crashed into Howard's left leg after missing a shot attempt. Howard stayed face down on the floor for a few seconds and slowly got up, then was looked at by trainers at a timeout with 5:50 to play. He walked down the baseline, hopped up and down and bent both legs.

He then went into the tunnel to loosen up the leg after he was replaced by rookie Clint Capela. Howard returned to the bench area with about three minutes to play in the first quarter.