It's not an ostrich: Emu causes highway traffic jam 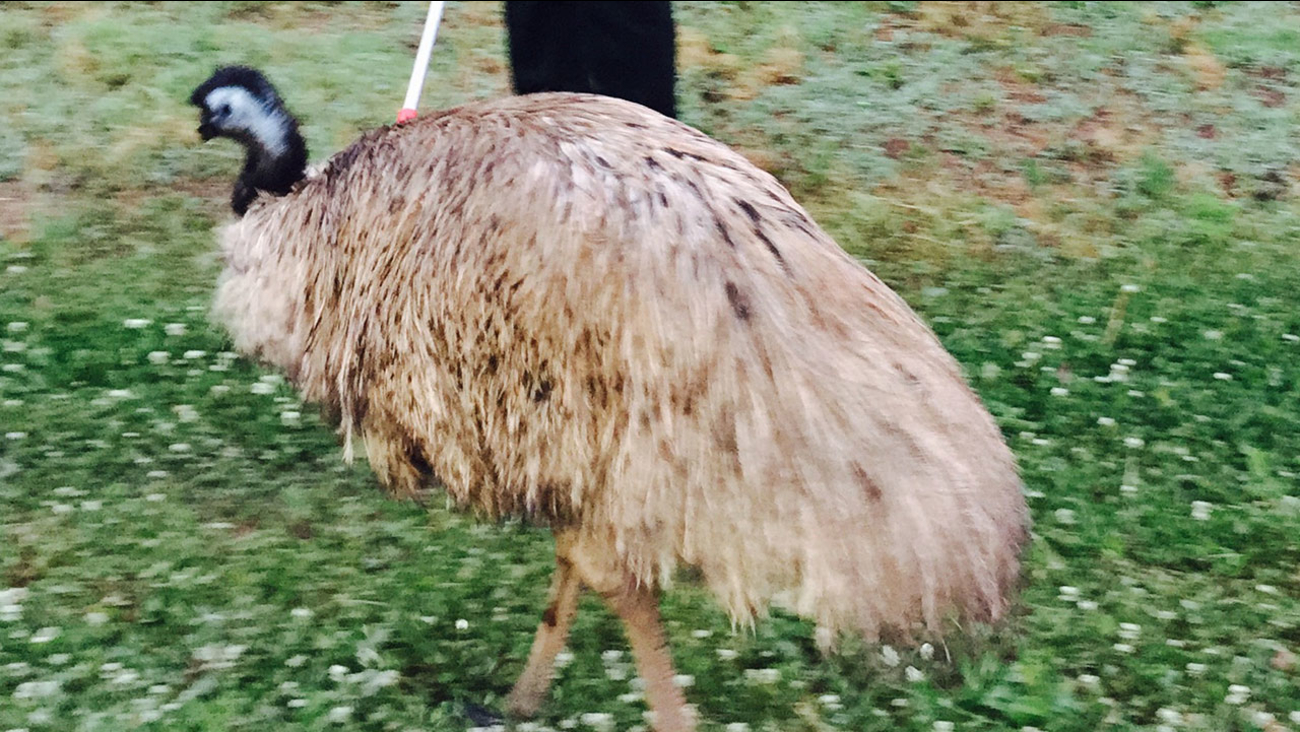 DOUGLASVILLE, GA -- Drivers may have mistaken it for an ostrich, but an emu was at the heart of a highway traffic jam in metro Atlanta.

Douglas County sheriff's Lt. Glenn Daniel says the emu had gotten loose from a private owner who lived nearby.

Several deputies corralled and captured the flightless bird. Daniel says it appeared to be scared but was not injured and was returned to its owner.

This is not the first instance of an unexpected animal wandering across I-20. In 2010, DeKalb police say a bison either fell or jumped out of a truck on the highway. The animal suffered broken legs and was euthanized.
Related topics:
trafficbuzzworthyu.s. & world
Copyright © 2021 by The Associated Press. All Rights Reserved.
TOP STORIES
Father and daughter, both longtime teachers, killed in Germany crash
2 Houston college students recall 12-hour robbery and kidnapping
Homeowners stop construction while Houston, GLO continue fight
This Houston hospital is reporting 500% increase in COVID admissions
Cooling downpours Tuesday bring heat relief to some
Woman Turns to Ted for refund help after winter storm canceled trip
Houston stretch of I-45 named most deadly highway in the U.S.
Show More
Man charged with shooting transgender woman he met on dating site
Is Houston seeing a mirror image of last year's COVID summer surge?
Man in custody after barricading himself in apartment, HPD says
Houston Ballet announces ticket sales for the holiday season
Woman charged with murder after shooting homeless woman
More TOP STORIES News