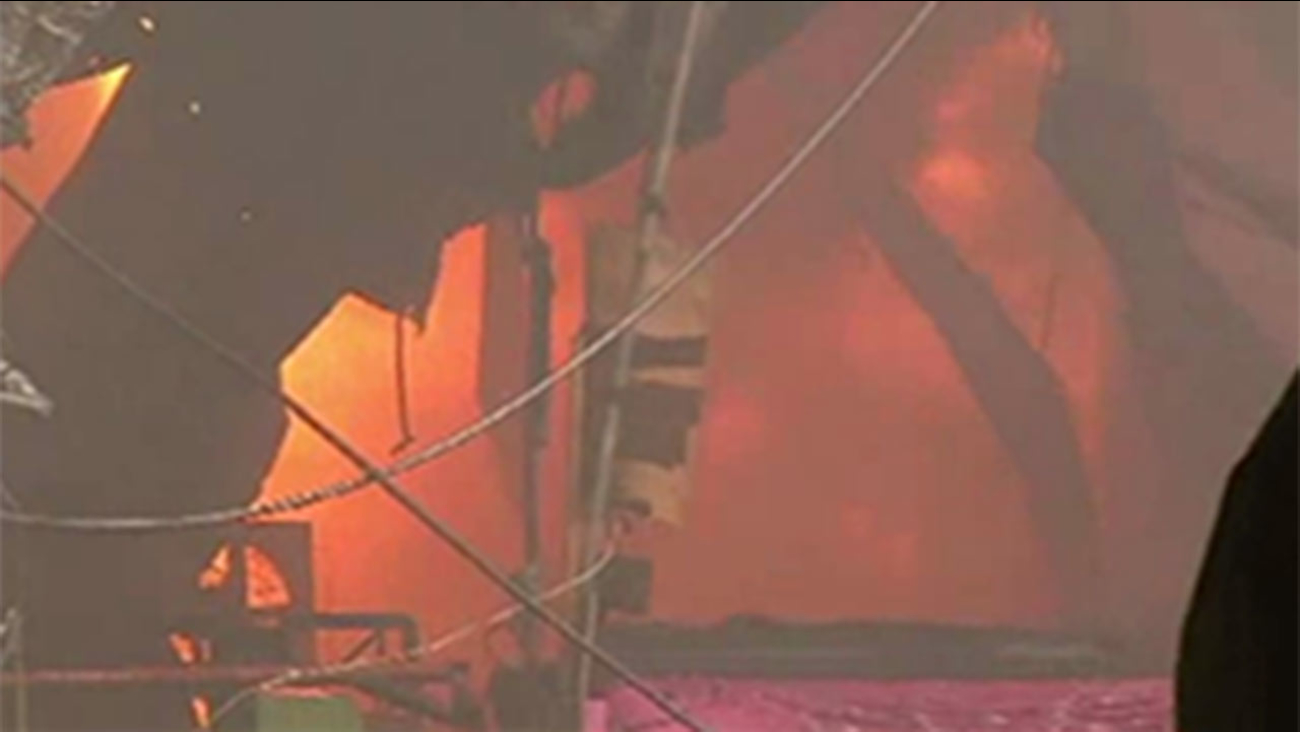 Dozens of people were killed in a shoe factory fire in a Manila suburb.

MANILA, Philippines -- A fire gutted a rubber slipper factory in a suburb of the Philippine capital Wednesday, possibly killing dozens of workers who ran to the second floor in hopes of escaping only to become trapped by the smoky inferno, officials said.

At least three bodies have been recovered and fire officials found no survivors after the fire was put under control, said Mayor Rex Gatchalian of Valenzuela city, north of Manila.

Relatives reported 65 people missing, and Gatchalian said only seven people managed to escape the fire. There could be others who are listed as missing but were able to escape, he said.

The mayor said later that forensic operatives stopped trying to retrieve bodies of the victims because the structure was unstable and city engineers were working to make the building safe to enter. By nighttime it had not resumed and it was unclear when it would.

District Fire Marshal Wilberto Rico Neil Kwan Tiu said he was among the first to reach the second floor of the gutted building after the fire and saw "numerous bodies," many charred beyond recognition.

Radio reports quoted relatives as saying their kin sent text messages saying they were on the second floor, but contact was lost shortly after.

Gatchalian said the fire apparently was ignited by sparks from welding works at the factory's main entrance door, triggering an explosion of the chemicals used to make the slippers.

Workers fled to the second floor where they were trapped, he said. It was unsure if there were any fire escapes there as an investigation was ongoing. He said some of those who escaped exited through back doors.

"By the time they realized that they could pass through the main door, the flames were already engulfing the front area," he said, adding that they thought the second floor was the safer ground.

Tiu, the fire marshal, said the building had other exits but apparently the workers were overwhelmed by the thick black smoke from the burning rubber and chemicals, which are highly flammable and caused the blaze to spread quickly.

Addressing a crowd outside the factory compound, Gatchalian appealed to families of the missing to try to reach the workers in homes of other relatives. "There might still be a chance" that they had survived, he said.

"I was talking to the bureau of fire protection and they said no one in the building survived," he said, speaking through a public address system. His statement was followed by howls of grief and weeping.

The fire was brought under control more than five hours after it started, but there were still flames burning and the place was dangerous by Wednesday evening, Gathalian said.

The mayor said one of the bodies recovered was the niece of the factory owner, "who was in a state of shock."